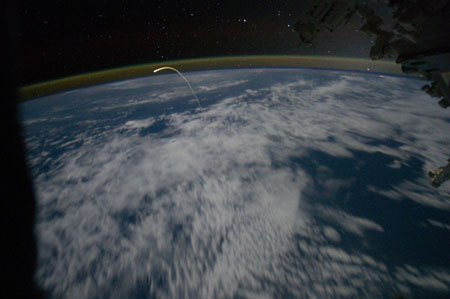 Fig 1. Reentry of Atlantis on the last Space Shuttle flight in history, on July 21, 2011. This image was taken from the International Space Station.

Reentry is the period of return to Earth when a spacecraft passes through the atmosphere before landing. During reentry the spacecraft decelerates and is heated intensely due to the formation of a bow shock. Radio communication may be blacked out for several minutes as a plasma sheath – an envelope of ionized air – surrounds the vehicle.

As a spacecraft reenters the Earth's atmosphere, it is traveling very much faster than the speed of sound. The vehicle is is said to be hypersonic. Typical low Earth orbit reentry speeds are near 20,000 km/h (17,500 mph) and the peak Mach number may be almost 25. The chief characteristic of reentry aerodynamics is that the temperature of the flow is so great that the chemical bonds of the diatomic molecules of the air are broken. The molecules break apart producing an electrically charged plasma around the vehicle. The air density is very low because reentry occurs many kilometers above the Earth's surface. Strong shock waves are generated on the lower surface of the spacecraft.

A reentry corridor is a narrow corridor along which a spacecraft must travel during reentry in order to pass safely through the atmosphere and achieve a successful landing (Fig 2). The upper and lower sides of this corridor are known, respectively, as the overshoot boundary and the undershoot boundary.

A reentry window is the area at the limits of Earth's atmosphere through which a spacecraft, in a given trajectory, can pass to accomplish a successful reentry.