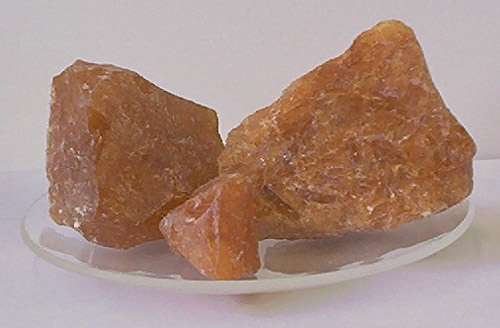 Resin is a high-molecular-weight substance characterized by its gummy or tacky consistency at certain temperatures. Naturally occurring resins include congo copal and bitumen (found as fossils), shellac (from insects), and rosin (from pine trees). Synthetic resins include the wide variety of plastic materials available today and any distinction between plastics and resins is at best arbitrary.

The first partially successful resins were produced in 1862 using nitrocellulose, vegetable oils, and camphor, and included Xylonite and later, in 1869, celluloid. The first totally synthetic resin was Bakelite, which was produced by L. H. Baekelan in 1910 from phenol and methanal (formaldehyde). The work in the 1920s of H. Staudinger on the polymeric natural of natural rubber and styrene resin, which laid the theoretical basis for polymer science, was a major factor in stimulating the rapid development of a wide range of synthetic plastics and resins.

An alkyd is a synthetic resin, generally made from pthalic acid and glycerol. Alkyds can be molded at high speed under low pressure and cured quickly. They are widely used as paint resins and in products where good insulation, high strength, and good temperature, voltage, and humidity stability are required, such as in car ignition systems.

Rosin, or colophony, is an amorphous resin obtained as a residue from the distillation of turpentine; the chief constituent is abietic acid. It is used in varnishes, soldering fluxes, linoleum, and printing inks. Relative density: 1.08; melting point: 100–150°C (212–308°F).

Shellac is a brown, flaky resin secreted by the lac insect, Laccifer lacca, a scale insect. Naturally thermoplastic, it is used with fillers to make molded articles, and as an ingredient in paints, lacquers, polishes, etc. A solution of shellac in ethanol is used in varnish.