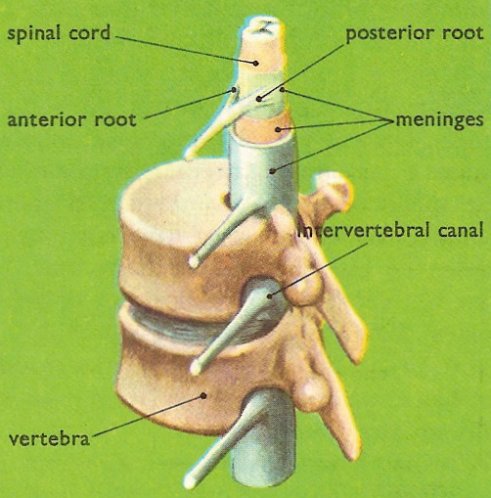 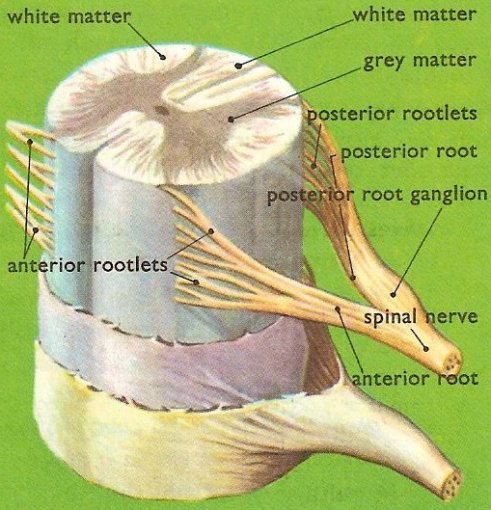 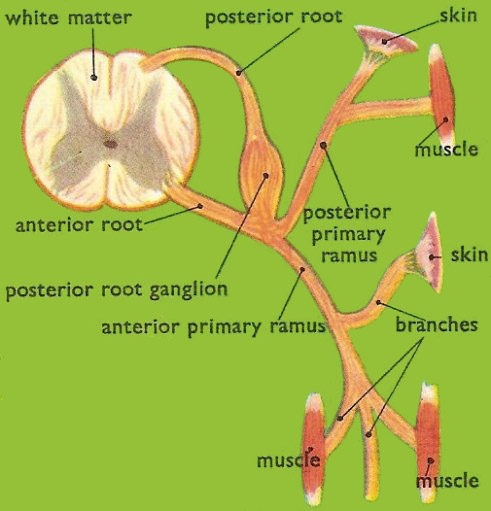 The branches of a spinal nerve. 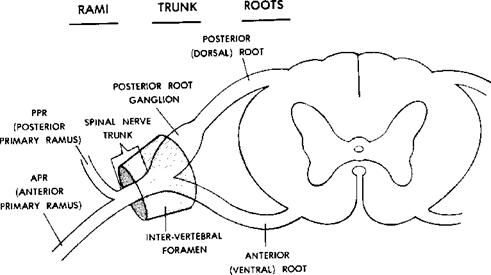 Typical spinal nerve, with a cross section of the spinal cord.

Each spinal nerve has two nerve roots (except the first, which has no sensory root). The root in the front, called the anterior or ventral root, transmits impulses from the spinal cord to the muscles. The root in the back, known as the posterior or dorsal root, carries sensory information (about touch, position, pain, and temperature) from the body to the spinal cord.


Branches of the spinal nerves

As each spinal nerve leaves the intervertebral canal it divides into two branches. The smaller branch curves sharply backwards and is called the posterior primary ramus. It contains both motor and sensory fibers. Soon it divides into many small branches to supply the muscles and the skin of the back.

The large branch of each spinal nerve is called the anterior primary ramus. It, too, contains both motor and sensory nerve fibers. The anterior ramus runs forward in the tissues, dividing into many small branches which serve the muscles and the skin of the front of the body.

In the lower neck region and the lumbar region the anterior rami of the spinal nerves are very large. In each of these regions they fuse together in groups in a complicated way to form nerve plexuses. From these plexuses spring the series of large nerves which supply motor nerve fibers to the muscles, and sensory nerve fibers to the skin of the arms and the legs.