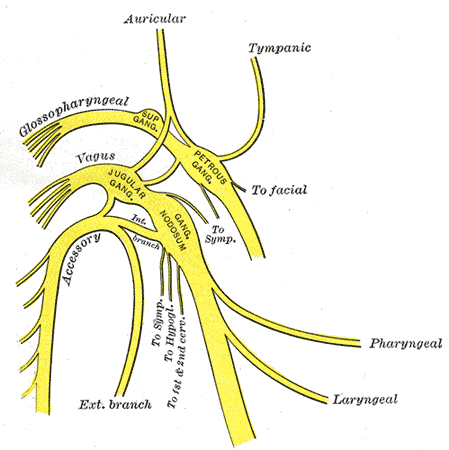 Fig 1. The glossopharyngeal, vagus, and accessory nerves and their major branches. From Gray's Anatomy. 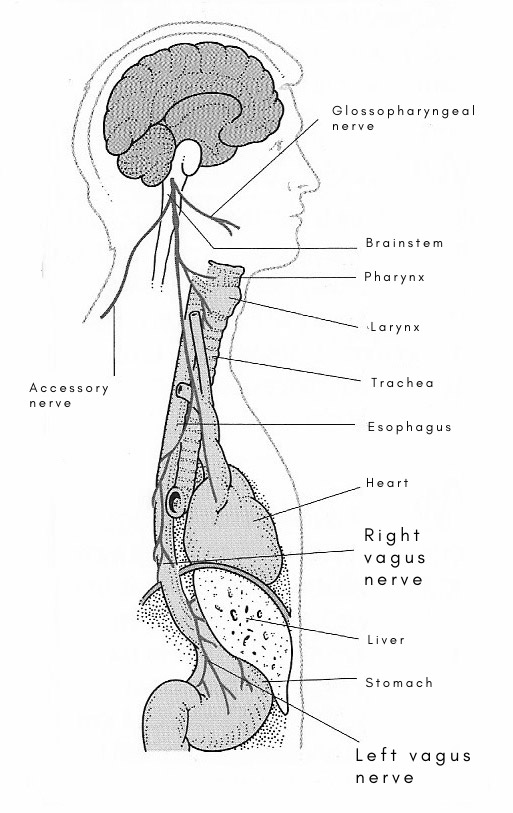 Fig 2. There are two vagus nerves: right and left. They arise from the brainstem and supply many organs throughout the body.

The vagus nerve is either of the tenth and longest pair of cranial nerves. The vagus nerve is a mixed nerve; and, as its name implies (the Latin vagus means "wandering"), it goes far afield, supplying structures from the inside of the skull to the abdomen. Its motor fibers supply the heart, the respiratory system, and a large part of the digestive system; its secretory fibers supply the glands in the gastrointestinal tract, the liver, the pancreas, and the kidney; its sensory fibers supply a part of the dura mater, a part of the skin of the ear canal (external auditory meatus), and the lining membranes of the respiratory and digestive systems. The efferent fibers (motor and secretory) arise in the medulla oblongata. There are two ganglia on the trunk of the nerve – one in the jugular foramen, and one immediately below the skull. The afferent (sensory) fibers arise in these ganglia; and their central branches end in the medulla.


Course and relations of the vagus nerve

The vagus is attached by a vertical row of roots to the side of the medulla oblongata. It passes through the middle compartment of the jugular foramen in company with the accessory nerve – both being included in the same sheath of dura mater. In the neck, it pursues a vertical course, lying, at first, between the internal jugular vein and the internal carotid artery, and afterwards between the same vein and the common carotid artery, enclosed with the fascial sheath which envelops the vessels, but on a plane posterior to them. It has, therefore, practically the same relations as these vessels. At the root of the neck, the right vagus crosses in front of the subclavian artery, and then passes downward and medially in the fat behind the innominate vessels to reach the right side of the trachea in the thorax. The left vagus descends in front of the subclavian artery, behind the left innominate vein.

Numerous communicating twigs pass between the vagus and other nerves in the jugular foramen and below the base of the skull. The branches of distribution that arise in the head and neck are: meningeal, auricular, pharyngeal, superior laryngeal, cardiac, and, on the right side, recurrent laryngeal. As the vagus leaves the skull it is joined by the cranial part of the accessory nerve – i.e., the fibers that arise in the medulla oblongata – and these fibers pass into the pharyngeal, laryngeal, and cardiac branches.

The meningeal branch is a minute twig that arises in the jugular foramen and runs upwards to supply the dura mater in the posterior cranial fossa.

The auricular branch is slender (but not unimportant) filament that arises in the jugular foramen. It enters a small hole in the lateral wall of the jugular fossa, from which a tiny, horizontal canal conducts it to the tympanomastoid fissure. It supplies the skin on the back of the external auditory meatus, and then pierces the cartilage of the meatus to supply the cutaneous lining of the lower half of the meatus and of the lower half of the eardrum (tympanic membrane).

The internal laryngeal nerve runs downward and forward on the side of the pharynx, deep to the carotid arteries, and is joined by the superior laryngeal artery. Together, they slip under the posterior border of the thyrohyoid muscle, pierce the membrane, and run downward between the membrane and the mucous lining of the pharynx to reach the larynx, where the nerve supplies the mucous lining down to the level of the vocal fold.

The external laryngeal nerve is very slender. It gives branches to the inferior constrictor and ends in the cricothyroid muscle. It runs downward on the side of the pharynx deep to the carotid and superior thyroid arteries; and, passing under cover of the sternothyroid muscle and thyroid gland, it enters the cricothyroid – the only intrinsic laryngeal muscle that lies on the outside of the larynx and the only one not supplied by the recurrent laryngeal nerve.

The carotid branches that arise from the vagus in the neck are two soft, slender filaments. One arises in the upper part of the neck and one in the lower – the points of origin being inconstant. They descend with the vagus to the root of the neck. Those of the left side enter the thorax with the vagus. Those of the right side pass behind the subclavian artery to reach the thorax.

In the neck, each recurrent nerve ascends in the groove between the trachea and esophagus, along the medial side of the lobe of the thyroid gland, and disappears under cover of the lower border of the inferior constrictor muscles to enter the larynx. Before the recurrent nerve reaches the larynx it gives off several branches. (1) Cardiac branches arise near its origin. (2) Twigs to the trachea and esophagus arise as it ascends between them. (3) A few filaments are given to the inferior constrictor as it passes under cover of its lower margin. In the larynx, it supplies (a) all its intrinsic muscles except the cricothyroid, and (b) the mucous membrane below the level of the vocal fold.