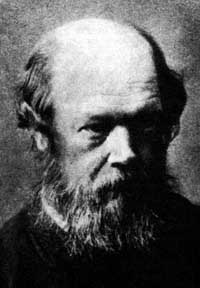 Peter Tait was a Scottish scientist and mathematician who carried out the world's first systematic investigation of knot theory.

Early in his career he formed a friendship with William Hamilton and became fascinated in the application of Hamilton's quaternions to problems in physics. In 1857, he also took an interest in Hermann Helmholtz's theories on the behavior of vortex rings, and began experimenting with smoke rings and their interactions. These experiments greatly impressed William Thomson (Lord Kelvin) who saw in them a possible way (wrong, as we now know) to explain atomic structure and the buildup of different elements. This idea, in turn, led Tait, Thomson, and James Maxwell to do seminal work on knot theory, since the basic building blocks in Thomson's vortex atom model were rings knotted in three dimensions.

Without any rigorous theory, which would have been well beyond nineteenth-century mathematics, Tait began to classify knots using his geometric intuition. By 1877 he had classified all knots with seven crossings. He then went on to consider the coloring of graphs and put forward a hypothesis, called Tait's conjecture (see below) which, if true (which it wasn't), would have proved the four-color theorem.

Among his many other accomplishments, Tait wrote a classic paper on the trajectory of golf balls (1896). This was a subject close to his heart because the third of his four sons was Frederick Gutherie Tait, the leading amateur golfer in 1893 and winner of the Open Golf Championship in 1896 and 1898.

Tait's conjecture is a hypothesis put forward Peter Tait in 1884, which says that every polyhedron has a Hamiltonian cycle through its vertices. In other words, it is possible to travel around all the edges of a polyhedron, passing through each vertex (corner) exactly once and arriving back at the starting point. If true, Tait's Conjecture would have provided an immediate proof of the four-color theorem. However, in 1946, the British mathematician William Tutte (1917–2002), whose work at Bletchley Park on cracking the German FISH cipher played an important role in World War II, found a counterexample to the conjecture in the form of a polygon with 25 faces, 69 edges, and 46 vertices.