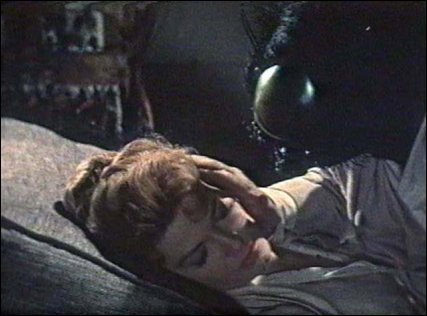 
How the term was invented

Tales of strange manifestations throughout history were collected by that famed purveyor of the weird and unorthodox, Charles Hoy Fort, a native of Albany, New York. Fort was something of a curiosity himself: a small, round, Wellesian figure with a luxuriant walrus moustache, whose favorite haunt was the New York Public Library. His pockets stuffed with index cards, pencils, and other flotsam of his private research, he'd trundle through the aisles scouring books and journals for any murmurings of the unconventional, the iconoclastic. Then back he'd ride, on the uptown trolley, to his wife and home in the Bronx, to his modest apartment with its crowded rooms, its cozy kitchen, its little office bulging with files of wonders such as no one had ever assembled before. Fish and frogs falling out of clear blue skies, stones flowing in open fields, and other troublesome oddities filled his vast catalog of the anomalous. These "Forteans," as they've become known, were compiled by the little investigator into several books, beginning with The Book of the Damned in 1919.In his third published collection of the strange and mysterious, Lo! (1931), Fort coined a new term: "Mostly in this book I shall specialize upon indications that there exists a transportory force that I shall called Teleportation.

To Fort, teleportation was the master link that underpinned his arcane world of incongruities. It was nature's trickster force that could conjure up a poltergeist or make a holy statue bleed, that could shower living things from a cloudless sky, and that lay behind what was then the unfathomable breeding habits of eels. Nothing was solid in Fort's view: our present surroundings are a mere quasi-existence, a twilight zone between many different layers of reality (whatever that might be) and unreality. Teleportation was the means by which the contents of another level of existence, normally hidden from view, could suddenly cross over and intrude, seemingly from nowhere, into our own plane.

Fort explored the shadowlands between established fact and myth, between the known and the fantastic. But during the golden age of science fiction, from the late 1930s to the fifties, and in a few cases much earlier than that, more hard-edged, technological ideas about teleportation began to emerge. Authors pondered the physics by which a person might hop around the Galaxy in disembodied form. If nothing else, being able to whisk characters effortlessly between worlds in the wink of an eye was a handy way of streaming plots that might otherwise get mired in lengthy interplanetary journeys.

Perhaps the earliest recorded story a matter transmitter was Edward Page Mitchell's "The Man Without a Body" in 1877. In this story, a scientist invents a machine that breaks down the atoms of a cat and sends them by wire to a receiver, where the animal is reassembled alive and well. The inventor then tries it upon himself, but unfortunately the battery runs down before he can transmit more than just his head.

Arthur Conan Doyle was also early on the teleportation scene with one of his Professor Challenger yarns, "The Disintegration Machine, first published in 1927, several years after Fort coined the term (which doesn't actually appear in the story). The evil Nemor, who has built the device, asks Challenger, "Can you conceive a process by which you, an organic being, are in some way dissolved into the cosmos, and then by a subtle reversal of the conditions reassembled once more?" Nemor explains that all things have an invisible framework that draws the atoms back in place. "How can such a thing be done," says Nemor, "save by the loosening of the molecules, their conveyance upon an etheric wave, and their reassembling, upon exactly its own place, drawn together by some irresistible law?"

In Special Delivery (1945), George O. Smith describes how transmitters scan an object atom by atom and then take it apart, storing the particles in a "matter bank." The information and energy released during the breakup are then beamed to a second station that uses raw materials in its own matter bank to recreate the body perfectly, down to the last atom. In The Mixed Men (1952), E. A. van Vogt describes two ways to teleport: people can be sent through space as electronic images – elaborate, three-dimensional faxes – to be reassembled at the receiving end from local organic material, or they can be turned into a flow of electrons and then converted back into their normal atomic form upon arrival. Alfred Bester's The Stars My Destination (1956) posits a whole culture based on a form of teleportation called "jaunting" that, while never properly explained, involves the jaunter clearly envisioning the place where he or she hopes to materialize. Algis Budry's haunting 1960 novel Rogue Moon saw travelers making the hop from Earth to the Moon in data form and being reconstructed from fresh matter at the lunar end. Even cartoon superheroes got in on the act. Several of the mutant X-Men from Marvel Comics were able to teleport in different ways. Nightcrawler, for instance, would "bamf" over short distances, leaving the scent of brimstone in his wake and taking along anyone who happened to be touching him at the time.

Not only did teleportation afford writers a quick way of getting their characters from A to B, but the perils and possibilities of the device itself offered new narrative potential. George Langelaan's short story "The Fly," explored the dire consequences of a teleportation gone wrong. It first appeared in the June 1957 issue of Playboy magazine before being turned into a screenplay by James Clavell, which formed the basis of the classic 1958 horror film The Fly directed by Kurt Neumann. Scientist Andre Delambre (played by David Hedison), while researching matter transmission, suffers the gruesome effects of dematerializing at the very moment a fly enters the teleportation chamber. His molecules mingle with those of the fly, and he begins a slow and agonizing transformation into a giant insect. Eventually unable to talk, he types notes to his equally beleaguered wife, Helene (Patricia Owens), as she desperately and unsuccessfully searches for the unique, human-headed fly needed to reverse the metamorphosis.

By the 1960s, "transfer booths" for personal international and interplanetary jet-setting had become SF de rigeur. Clifford Simak put them to good use in his novel Way Station (1964), while Larry Niven featured them in his award-winning book Ringworld (1970). And then, of course, there was Star Trek with its sparkling transporters able to "beam up" crewmembers in the wink of an eye.

Today, far from being a science fiction dream, teleportation happens routinely in laboratories all around the world in the form of quantum teleportation. This is restricted at present to tiny particles, such as individual photons, or to quantum properties of atoms; although in January 2009 scientists announced that for the first time they had managed to teleport a single ion of the element ytterbium. But the question naturally arises as to whether it will ever be possible to teleport larger objects and even human beings.

The issue here is one of complexity. Teleporting an electron or an atom is one thing, but an average human body is made up of about 7,000 trillion trillion atoms. How could the instantaneous quantum states of so many specks of matter be made to dematerialize and reappear perfectly in a different place? Human teleportation isn't going to happen tomorrow, or, barring some stupendous breakthrough, in the next few decades. However, that needn't stop us from thinking about the consequences if it ever does become possible. In fact, a number of philosophers have already used teleportation, and teleportation incidents, to delve into the mysteries of personal identity.

One of the features of quantum teleportation – the only form of teleportation that allows the creation of a perfect copy of the original someplace else – is that the original is destroyed. Does this matter? One argument says it doesn't because a perfect copy is as good as the original. At the atomic level, all particles are identical. Also, the stuff in our bodies is constantly being replaced anyway. Even without teleportation, atoms and molecules are continually streaming into and out of your body, so that over time every bit of matter of which you're made is exchanged. According to one estimate, you're completely replaced at the cellular level about every seven years. So teleportation wouldn't do anything qualitatively different from what happens in the normal course of events. It just happens to replace all of your particles in one fell swoop rather than over a period of time. Another argument insists that teleportation, far from being an efficient form of travel, is equivalent to death. A person who believes in the soul may also believe that, whereas the physical body can be teleported, the soul cannot. But even leaving the soul out of it, it's possible to argue that becoming a perfect clone means becoming someone else.

Perhaps non-quantum forms of teleportation will be developed and applied to human beings. Then the original would not need to be destroyed, thus raising the specter of multiple nearly-identical copies of a person being created. Would each of these new individuals have the same rights as you – part ownership in all your belongings, some share in your spouse? A non-destructive teleporter could be used as a replicator, for virtual medicine (manipulating the stored data to create a copy better than the original), travelling into the future (creating a copy many years after the information was stored), or making backup copies (creating a copy from recently stored information if the original was involved in a mishap.)