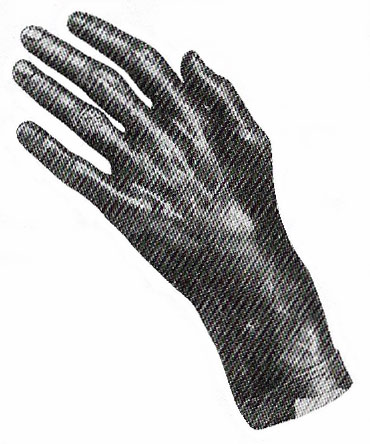 A cast of Chopin's left hand testifies to the public enthusiasm and administration evoked by his skill sensitivity.

Frédéric Chopin was a Polish composer and virtuoso of the Romantic era. He was pre-eminent among nineteenth-century composers in his command of the modern piano's improved dynamic and expressive possibilities, and has been called "the post of the keyboard". Early in his career he wrote music for piano and orchestra as showpieces with which to establish his reputation, but from the time he settled in Paris at the age of 21, having left his troubled native Poland, he concentrated on composing and playing short solo works, in the main for salon audiences. In all he wrote more than 150 such pieces before his death at the early age of39.