Fig 1. During the formation of an ammonium ion, nitrogen is the donor atom, while H+ is the acceptor ion. 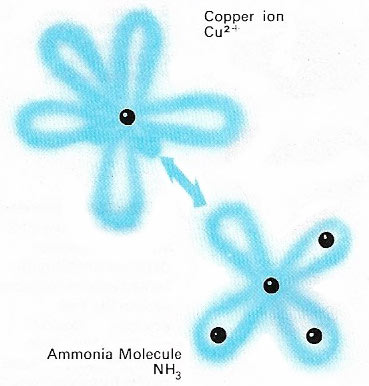 Fig 2. A coordinate bond involves the sharing of two electrons, both contributed by the same combining atom or molecule (hence the alternative name: dative covalency). Here a lone pair of electrons in an orbital of ammonia enter an empty orbital of a copper (cupric) ion to form such a bond with the required number of two electrons. The resulting compounds are called coordination compounds and are often brightly colored. 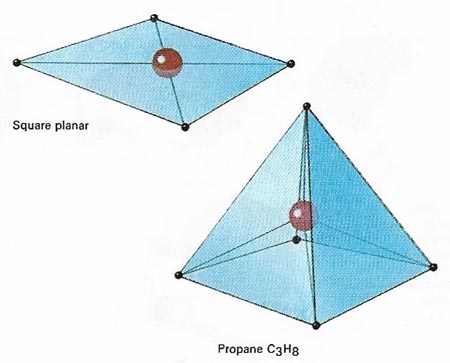 Fig 3. In the case of coordination compounds , in which the central atom is sharing electrons from other atoms and not contributing any of its own electrons to the bonding, the commonly found geometries are those shown above. Whether a compound made of, ay, a central cobalt atom and four outer atoms adopts a square planar or a tetrahedral form depends on the influence of non-bonding electrons associated with the different atoms involved.

A coordination compound, also called a complex compound, is a type of chemical compound in which one or more groups or molecules each form a coordinate bond, usually a transition element (Fig 2 and 3). The complex may be either a complex ion or a neutral molecule, as in nickel carbonyl (Ni(CO)4). Some coordination compounds, such as heme and chlorophyll, have biological importance.

The coordination number is the number of chemical bonds made to a central number in a specified complex salt, such as the number of anions (negative ions) surrounding a cation (positive ion).