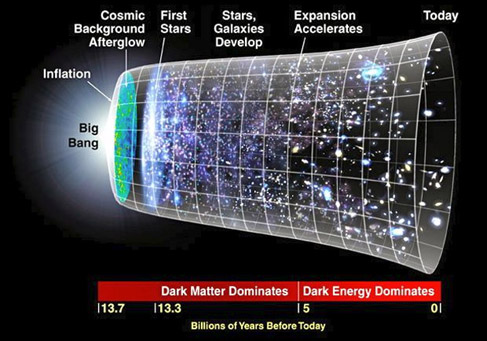 Fig 1. Dark energy began to dominate about 5 billion years ago, corresponding to the time when the expansion of the Universe began to accelerate. 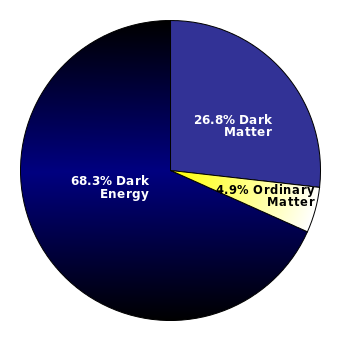 Fig 2. The proportions of dark energy, dark matter, and ordinary matter in the universe, according to the latest observations. 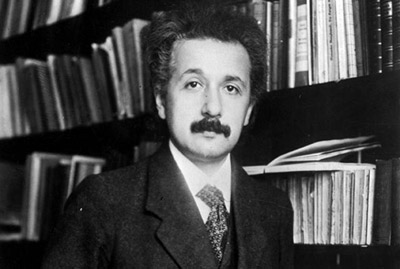 Dark energy is a property of empty space, allowed by Einstein's general theory of relativity, that acts as a large, negative pressure and pushes the Universe apart at a faster and faster rate (Fig 1). Its existence has been hypothesized to explain observations which indicate that the expansion of the Universe is accelerating. The most recent observations by Planck (a European Space Agency mission) suggest that 68.3% of the mass-energy of the Universe is in the form of dark energy. A further 26.8% consists of dark matter; the remaining 4.9% is ordinary matter (Fig 2).

The exact nature of dark energy has yet to be established. However, dark energy is believed to be extremely homogeneous (evenly spread throughout space) and of very low density, roughly 6.9 × 10-29 kg/m3. This is much lower than the density of ordinary matter or energy with the Milky Way Galaxy and makes it probably undetectable in laboratory experiments.

Various models of dark energy have been proposed, including a cosmic field associated with inflation; a different, low-energy field called quintessence; and the cosmological constant, or vacuum energy of empty space. Unlike Einstein's famous fudge factor, the cosmological constant in its present incarnation doesn't delicately (and artificially) balance gravity in order to maintain a static universe; instead, it has negative pressure that causes expansion to accelerate.

The discovery of dark energy stemmed from observations of Type Ia supernovae, using the Hubble Space Telescope and ground-based telescopes (Fig 3). These observations were made in 1997 by two teams of astronomers: the High-Z Supernova Search Team and the Supernova Cosmology Team. Type Ia supernovae are explosions of white dwarfs that have acquired fresh material from a companion star until they reach a critical mass at which a runaway nuclear detonation takes place. The extreme brilliance of the explosions (briefly exceeding that of an entire galaxy), combined with the fact that the rate at which they brighten gives a measure of their true brightness, make Type Ia supernovae highly effective standard candles for measuring the distance to remote galaxies. In addition, the redshifts of the light from the supernovae indicate the velocities of recession of the galaxies in which they occur and therefore the rate of expansion of the universe in different cosmic eras.

The two teams of astronomers were attempting to shed light on the question of whether the universe is closed or open (see cosmological model). In the former case, the density of matter would be high enough to cause the universe to eventually stop expanding and begin to collapse; in the latter case, the expansion would go on forever. In either case, the researchers expected to find that the rate of cosmic expansion was greater at greater distances, corresponding to earlier times in the universe. This would have to be the case if the only thing affecting the expansion rate were the mutual pull of gravity between all the matter that the universe contains. However, to everyone's surprise, their observations showed instead that the rate of cosmic expansion is greater today than it has been in the past. This could only mean one thing: that gravity – the mutual attraction of all matter in the universe – is not the only influence at work on a cosmic scale. Another, unexpected phenomenon, which became known as dark energy, was causing the universe to fly apart at an ever-increasing rate.

Although the 1997 observations of supernovae provided the first evidence for dark energy, the idea of something that opposed gravity on a cosmological scale was first put forward by Albert Einstein in 1917 in the form of his cosmological constant (Fig 4). Einstein introduced this constant into his equations of general relativity in order to force a solution in which the universe neither expanded nor contracted because the prevailing view at the time was that the universe was static. Following the discovery of the expanding universe a few years later, Einstein said that his invention of the cosmological constant was the "biggest blunder" of his life. However, the existence of dark energy has now made it clear that something akin to the cosmological constant – something that opposes gravity – is real.