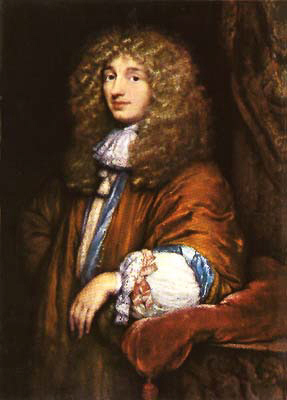 What a wonderful and amazing Scheme have we here of the magnificent Vastness of the Universe! So many Suns, so many Earths... – Huygens.

Christiaan Huygens was a Dutch physicist and astronomer who discovered Titan, in 1655, and determined that Saturn has rings. He also figured in one of the great unsung moments in planetary exploration when at 7 pm on November 28, 1659, he sketched a feature – a dark triangular patch – on the surface of Mars which he had just seen through his modest telescope. Eventually, it came to be known as Syrtis Major, the "Great Marsh", and for many years was presumed to be some kind of watery body. The significance of its sighting lay in the fact that, whereas the large bright and dark areas on the Moon had been visible for all to see from prehistoric times and Galileo had telescopically discovered the Great Red Spot on Jupiter (an atmospheric feature), Syrtis Major was the first permanent marking to be glimpsed on the surface of another planet. Huygens quickly used his discovery to demonstrate that the martian day – the time it takes Mars to spin once around on its axis – is similar in length to our own. With his brother, Constantijn Huygens (1628–1697), he built tubeless telescopes supported by cables of very long focal length to reduce the problem of aberration. He also invented the Huygenian eyepiece and the first pendulum clock (1657), contributed to the wave theory of light (1678) and several other areas of physics, and solved the tautochrone problem.

Huygens was deeply involved in speculation about the existence of extraterrestrial life, a subject that dominates his Cosmotheoros, or New Conjectures Concerning the Planetary Worlds, Their Inhabitants and Productions, published posthumously in 1698. Huygens employs the same five arguments in favor of pluralism as Fontanelle had done in his hugely popular work, but reveals (not surprisingly) a greater command of late 17th century astronomical data. The evidence he marshals against life on the Moon is pertinent and almost decisive. However, he is less sure-footed when it comes to making inferences about the planets. He notes the excessive solar heat received by the inner planets, and the deficiency suffered by those lying beyond Earth's orbit, but fails to explain how the supposed inhabitants of these worlds cope with the temperature extremes to which they are subject. Again, he notes the spots seen telescopically on Jupiter but then rashly assumes these are clouds of water vapor and, therefore, evidence of habitability. Concerning the possibility of extrasolar worlds and life, he writes:

Why then shall we not ... conclude that our Star has no better attendance than the others? So that what we allow'd the Planets, upon the account of our enjoying it, we must likewise grant to all those Planets that surround that prodigious number of Suns. They must have their plants and animals, nay and their rational creatures too, and those as great admirers, and as diligent observers of the heavens as ourselves ...

He makes some creditable estimates of stellar distances based on a consideration of how far away the Sun would have to be to appear as bright as Sirius, and then uses these estimates to account for the failure to detect extrasolar worlds.