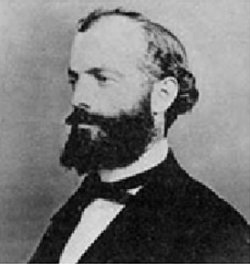 At the beginning of the nineteenth century, organic and inorganic chemistry were regarded as two almost unrelated sciences. It was thought that some "vital principle" was concerned in the formation of the complicated (organic) substances found in animals and plants. And even after two organic compounds (ethanol and urea) had been prepared artificially from non-living (inorganic) matter, these old ideas were slow to die.

By the middle of the century quite a large number of organic substances had been isolated and attempts had been made to find the chemical composition of many of them. At first chemists were satisfied when they had found the proportions by weight of the various elements in a compound. Later they tried to work out the number of atoms of the various elements present in each molecule. As there was still some uncertainty over the atomic weights (see relative atomic mass) of even the common elements, several different formulae often existed for the same compound. In 1861 Kekulé recorded 19 formulae for acetic acid.

Friedrich August Kekulé was born in Darmstadt in Germany. In 1847 he entered the University of Guissen to study architecture, but under the influence of Justus von Liebig, another native of Darmstadt, Kekulé turned his attention to chemistry. After studying in Paris under Jean Baptiste Dumas, he became professor of chemistry at Ghent in 1858 and in Bonn in 1865.

At this time the idea of valence (or valency) was in its infancy, but Kekulé (independently and at the same time as Archibald Scott Couper (1831–1892)) managed to prove that carbon had a valence of four. One atom of carbon combines with four atoms of a monovalent element like hydrogen (as in methane) or two atoms of a divalent atom like oxygen (as in carbon dioxide). Kekulé also explained the formula of ethene (C2H4) and similar compounds. He showed that if double valence bonds hold the two carbon atoms in ethene together, the four-valent nature of carbon is preserved.

Also of great importance was Kekulé's discovery of the ring formula for benzene (C6H6). For some time he had been puzzling over its structure. Until then it had been assumed that all organic compounds had an open chain of carbon atoms as a backbone. Then, while dozing in his study, Kekulé had a vision of chains of carbon atoms twisting and curling like serpents; suddenly one gripped its own tail to make the closed ring. This showed that carbon atoms did not have to be arranged in open chains. In fact, a ring structure for benzene accounted for several of its properties.