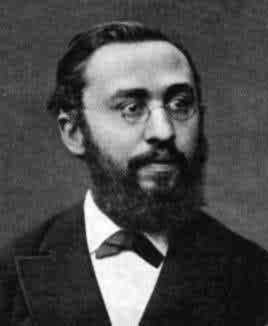 Hendrik Lorentz was a Dutch physicist and professor at Leiden, whose studies of the influence of magnetism on radiation won him, and his pupil Pieter Zeeman (1865–1943), the 1902 Nobel Prize in Physics. Basing his work on Maxwell's equations, Lorentz explained the reflection and refraction of light; and proposed his electron theory, that light occurred through motion of electrons in a stationary electromagnetic ether. Thus the wavelength should change under the influence of a powerful magnetic field; and this was experimentally shown by Zeeman in 1896 (see also Zeeman effect).

But the theory was inconsistent with the results of the Michelson-Morley experiment, and so Lorentz introduced the idea of 'local time,' that the rate of passage of time differed from place to place, known as time dilation. Incorporating this with the proposal of George Fitzgerald that the length of a moving body decreases in the direction of motion – the so-called Lorentz-Fitzgerald contraction or Lorentz contraction (see below), he derived the Lorentz transformation, a mathematical statement which describes the changes in length, time, and mass of a moving body. His work, with that of Fitzgerald, influenced the development of Einstein's special theory of relativity.

There was a young fencer named Fisk,
whose movements were exceedingly brisk.
So fast was his action, the Lorentz Contraction
diminished his sword to a disk.

The Lorentz transformation is a relation developed by Fitzgerald, connecting the space and time coordinates of an event as observed from two frames of reference, especially at relativistic velocities. It was shown by Einstein in 1905 to be a consequence of the special theory of relativity.