Pi (π) is the ratio of the circumference to the diameter of a circle. π (pi), sometimes known as Archimedes' constant. Pi is one of the most important and ubiquitous numbers in mathematics, popping up in all kinds of seemingly unrelated areas. Its approximate value is 3.1416 but, being an irrational number, it can't be written as a terminating or recurring decimal.

The fact that π can't be expressed as the ratio of two integers was proved by Johann Lambert in 1761. Then, in 1881, Ferdinand Lindemann showed that it is a transcendental number, meaning that there is no polynomial with integer or rational coefficients of which π is a root. Because of this, it's impossible to write π in terms of any finite number of integers or fractions or their roots. This dooms from the outset any attempt at squaring the circle, that is, constructing a square whose area is equal to the area of a given circle, using straightedge and compass alone.

The association of the Greek letter π with the number 3.141... started with William Oughtred in 1647 who used π.δ as a stand-in for "periphery-diameter" in his Clavis mathematicae. The Welsh mathematician William Jones was the first to use π as a symbol on its own in his 1706 Synopsis palmariorum matheseos. But it fell to the great Leonhard Euler to popularize the notation thirty years later.

Calculating π with greater and greater precision became a popular pursuit. Around 1600, Ludolph van Ceulen computed the first 35 decimals and was so proud of his accomplishment that he had the number inscribed on his tombstone! In 1789, the Slovene mathematician Jurij Vega extended known π to 140 places (of which only 137 were correct), while, in 1873, William Shanks pushed back the frontier to 707 places – a record that stood until 1949 when the first electronic computers appeared on the scene. In September 2002, Yasumasa Kanada and his colleagues at Tokyo University used 400 hours of supercomputer time to calculate π to 1.24 trillion places, beating their previous best, set in 1999, of 206 billion places. Although such an exercise may seem pointless, it serves as a benchmark for new high-speed computers and algorithms, and also to test the long-standing, but still unproven assertion that the distribution of digits in π is completely random.

Poe, E. Near A Raven
Midnights so dreary, tired and weary,
Silently pondering volumes extolling all by-now obsolete lore.
During my rather long nap, the weirdest tap!
An ominous vibrating sound disturbing my chamber's antedoor.
"This", I whispered quietly, "I ignore."

There are some reasonably good approximations to π in the form of ordinary (rational) fractions. The best known is 22/7, but this is only accurate to two decimal places. A fraction with a larger denominator offers a better chance of getting a more refined estimate. There is also 333/106, which is good to 4 places. But an outstanding approximation is 355/113 which is accurate to 6 places; in fact, there is no better approximation among all fractions with denominators less than 30,000. See also continued fraction.

In 1897 the General Assembly of the State of Indiana tried to pass legislation to the effect that the exact value of π is 3.2. The Bill was referred, for some bizarre reason, to the House Committee on Canals. But then the true motive for the attempted change to the law became clear. By chance a professor of mathematics happened to be present during a debate and heard an ex-teacher saying "The case is perfectly simple. If we pass this bill, which establishes a new and correct value for π, the author offers to our state without cost the use of his discovery and its free publication in our school textbooks, while everyone else must pay him a royalty." Fortunately, the professor was able to teach the senators a little math and the bill was stopped in its tracks.

Any formulas to do with circles or spheres, not surprisingly, have π in them. For example, the circumference of a circle of radius r is 2πr, the area of circle is πr 2, the volume of a sphere is (4/3)πr 3, and the surface area of a sphere is 4πr 2. But π also has a strange habit of appearing in the most unexpected places. In the 18th century, the French naturalist Comte de Buffon showed that you could estimate π by experiment using the unlikely apparatus of a repeatedly dropped needle and a shove-halfpenny board (see Buffon's needle). Two of the most important, but (as far as is known) unrelated, equations in modern physics, Heisenberg's uncertainty principle (Δx Δp = h/4π) in quantum mechanics and Einstein's field equation (Rik - ½gikR + Λgik = 8πGTik / c4 ) in general relativity include π.

The ever-present constant also emerges as a result of various remarkable infinite series. These include:

Among many other formulas that give rise to or contain π are:

and, the most intriguing equation in mathematics, Euler's identity, eiπ + 1 = 0.

In number theory, the probability that two randomly chosen integers have no common divisors (in other words, that they're relatively prime) is 6/π2 or 1 in 1.644934 ..., and the average number of ways to write a positive integer as the sum of two perfect squares is π/4. Both of these facts are astonishing because it is hard to see how a basically geometric constant to do with circles has any bearing at all on how various types of numbers are distributed. Deep truths are buried here!

In 1995, David Bailey, Peter Borwein, and Simon Plouffe of the University of Quebec at Montreal discovered a new formula for π as an infinite series:1

and what is so remarkable about this is that it enables the calculation of isolated digits of π – say, the trillionth digit – without computing and keeping track of all the preceding digits. How such a formula possibly could arise constitutes a mystery in itself. The only catch is that the formula works for base 2 (binary) and 16 (hexadecimal) but not base 10. So, it's possible to use the formula to determine, for example, that the five-trillionth binary digit of π is 0, but there's no way to convert the result into its decimal equivalent without knowing all the binary digits that come before the one of interest. The new formula allows the calculation of the nth base 2 or base 16 digit of π in a time that is essentially linear in n, with memory requirements that grow logarithmically (very slowly) in n. One possible use of the Bailey-Borwein-Plouffe formula is to help shed light on whether the distribution of π's digits are truly random, as most mathematicians suppose. 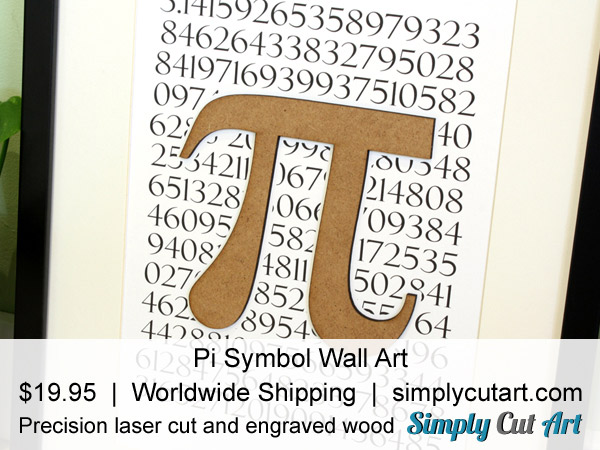