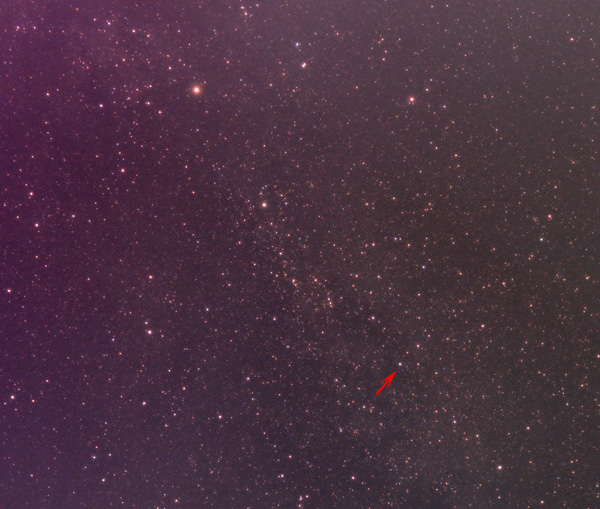 Chi Cygni in the constellation of Cygnus the Swan
Picture taken by Michael Covington, University of Georgia.

An S star is a red giant star of spectral type S, similar to an M star except that the dominant oxides in the spectrum are those of the metals of the fifth period of the periodic table (zirconium, yttrium, etc.) instead of the third (titanium, scandium, vanadium). S stars also have strong cyanogen (CN) molecular bands and contain spectral lines of lithium and technetium.

Pure S stars, also called zirconium stars, are those in which zirconium oxide bands are very strong and titanium oxide bands are either absent or only barely detectable. Almost all S stars are long-period variables. So-called SC stars appear to be intermediate in type between S stars and carbon stars (C stars) and have a carbon/oxygen abundance ratio near unity.