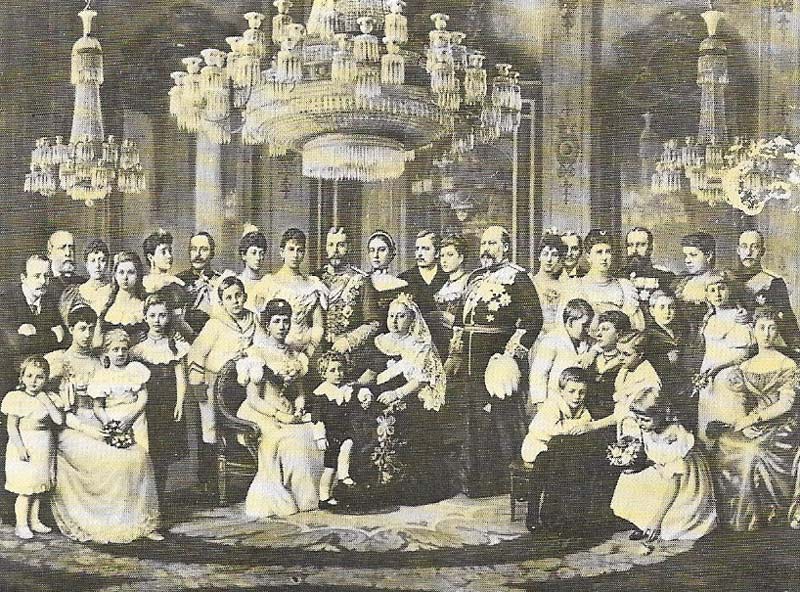 Fig 2. Queen Victoria's family numbered among its male members several hemophiliacs. It seems that Queen Victoria herself received from one of her parents a gene for hemophilia that had changed spontaneously from the norm – that it, it had mutated. Her father was normal and there is no evidence to suggest that her mother was a carrier of the gene. By various marriages this hemophilia gene was spread through many European royal families. It affects mainly males because the gene is carried on the X chromosome. Males have an XY complement of sex-determining chromosomes so that if the hemophiliac gene is present on the X, the individual will have hemophilia. Victoria's family also share other obviously inherited characteristics such as those of facial features.

Hemophilia is a rare inherited bleeding disorder in which the blood does not clot normally. Persons with hemophilia may bleed for a longer time than others after an injury or accident. They also may bleed internally, especially in the joints (e.g., knees, ankles, and elbows).

Babies born with hemophilia are missing or have a low level of a protein needed for normal blood clotting or blood coagulation. The protein is called a clotting factor.

About 18,000 people in the United States have hemophilia. Each year, about 400 babies are born with the disorder. Hemophilia usually occurs only in males (with very rare exceptions).

A person with hemophilia has a problem with certain proteins in the blood called clotting factors. Hemophilia can be due to:

When clotting factors are missing, or your body does not have enough of these factors, it can take a long time for your blood to clot after an injury or accident.

An injury (like a cut) to a blood vessel causes a complex chain of events that results in a blood clot. This clotting process is also called blood coagulation. Clotting is your body's reaction to bleeding and keeps you from losing too much blood. Losing too much blood can be life threatening and can damage your internal organs.

In people with hemophilia, blood does not clot as it should because it is missing or has low levels of one of these clotting factors. If blood doesn't clot as quickly or as well as it should, then:

Sometimes people with hemophilia need infusions of a clotting factor or factors to stop bleeding.

The two main types of hemophilia are:

Hemophilia also can be acquired when antibodies to these clotting factors form and block their function. Only inherited hemophilia is discussed here.

Hemophilia is an inherited disorder. It is caused by a defect in the genes that determine how the body makes blood clotting factors VIII and IX. These genes are located on the X chromosomes, which determine whether a baby is a boy or girl.

A man who has hemophilia cannot pass the disorder on to his sons. All of his daughters, however, will be carriers.

Very rarely, a girl is born with hemophilia. This can happen if her father has hemophilia and her mother is a carrier.

Some males with the disorder are born to mothers who are not carriers. In these cases, a random change (mutation) occurs in the gene as it is passed to the child.

The major signs and symptoms of hemophilia are bleeding and bruising. Internal bleeding is common in people with severe hemophilia. If not treated promptly, internal bleeding can lead to damaged joints, muscles, or other parts of the body.

The extent of bleeding depends on the type and severity of the condition:

In most children, the first signs are:

Females who are carriers usually have enough clotting factors from their one normal gene to prevent serious bleeding problems.

The most common signs or symptoms in older children and adults are:

Although bleeding can occur in any joint, the most common places are the:

The signs and symptoms of bleeding in the joints are:

The bleeding slows after several days when the joint is full of blood.

If not treated, the bleeding can lead to disabling arthritis in the joints.

Bleeding in the brain, a very serious complication of hemophilia, requires emergency treatment. This bleeding can happen after a simple bump on the head or a more serious injury. The signs and symptoms are:

If hemophilia is suspected or if you appear to have a bleeding problem, your doctor will take a personal and family history, do a physical exam, and order blood tests.

Blood tests are used to determine:

The test results will show if you have hemophilia, what type of hemophilia you have, and how severe it is.

Hemophilia A and B are classified as mild, moderate, or severe, depending on the amount of clotting factor VIII (8) or IX (9) in the blood.

Severe hemophilia can cause serious bleeding problems in babies. Therefore, children with severe hemophilia are usually diagnosed during the first year of life. People with milder forms of hemophilia may not be diagnosed until they are adults.

Replacement therapy can be used:

The type of treatment you receive depends on several things, including whether you have mild, moderate, or severe hemophilia.

Replacement therapy can be given on a regular basis to prevent bleeding. The goal is to keep the levels of clotting factors in the blood high enough that bleeding will not occur.

This therapy is more likely to be used in persons with severe hemophilia. It is often used in children to prevent damage to joints from bleeding.

Preventive replacement therapy can be given:

This therapy can be intensive and expensive. Preventive therapy is often given at home.


Replacement therapy to stop bleeding when it occurs

Replacement therapy can be given as needed, or on demand, to stop bleeding as soon as possible after it begins. The goal is to prevent damage to joints, muscles, or other parts of the body from bleeding. This therapy is common for people with mild or moderate hemophilia.

The amount of clotting factor given depends on:

Therapy that is given as needed is less intensive and less expensive than regular preventive therapy. However, there is a risk that bleeding will cause damage before the treatment is given.

Complications of treatment include:


Antibodies to the clotting factor

Antibodies destroy the clotting factor before it has a chance to work. This is a very serious problem, because the main treatment for hemophilia – replacing clotting factors – is no longer effective.

Antibodies to clotting factor develop in about:


Damage due to delays in treatment

When treatment for bleeding is delayed, damage to the area affected (such as a joint) can occur. It is important for persons with hemophilia to learn to recognize signs of bleeding as soon as possible after bleeding starts and to get treatment quickly.

Both preventive and as-needed therapy can be done at home. Many people learn to do the infusions at home for their child or for themselves. Home treatment has several advantages:

Vein access devices can be surgically implanted to make it easier to access a vein to do the infusions. These devices can be helpful when infusions are done on a frequent basis. However, infections can be a problem with these devices. Your doctor can help you decide if this type of device is right for you or your child.

A nationwide network of HTCs, funded by the Federal Government, is an important resource for families and individuals affected by hemophilia. The medical experts in these centers provide treatment, education, and support. They can teach you or your child how to do home infusions safely. Center staff can also provide information to your doctor.

People who get care in these centers are less likely than those who get care elsewhere to have bleeding complications. This lack of complications may be due to the centers' emphasis on prevention of bleeding and the education and support provided to patients and their caregivers.