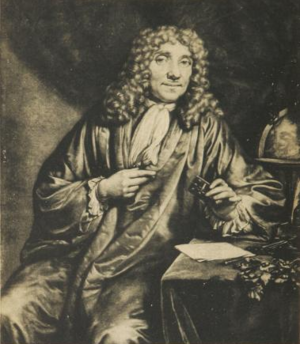 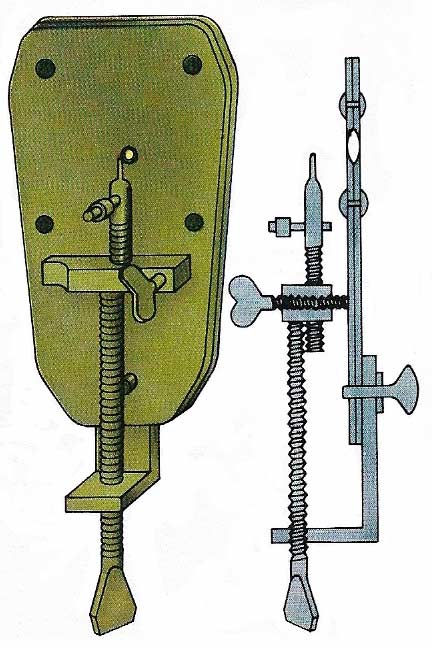 The powerful, single-lens microscope was designed in the 17th century by van Leeuwenhoek.

Anton van Leeuwenhoek was a Dutch pioneering microscopist who made important observations of capillaries, red blood corpuscles (see erythrocytes), and sperm cells, and who is also known for being the first to observe bacteria and protozoans (1674–1676), which he called "very little animacules."

Leeuwenhoek was born in Delft, Holland, and had an unusual background for a scientist, beginning in the cloth trade in Amsterdam, and then becoming City Chamberlain of his native town. He became interested in the making of microscopes, however, and used them enthusiastically in his studies almost until his death. In 1680 he was made a Fellow of the British Royal Society.

Leeuwenhoek's microscopes were not at all like those used in present-day laboratories. They had only one small lens, almost spherical, mounted between metal plates. Such a lens, although difficult to produce, gave considerably better magnification than any other microscope of the time. Leeuwenhoek did not invent the microscope. His achievement lay rather in his skill in setting and grinding the lens more accurately than had been possible before.


Blood and the circulation

One well-known study by Leeuwenhoek was concerned with the circulation of the blood. William Harvey had made the great discovery of the circulation about 1616, but there remained the problem of how blood from the arteries was actually transferred to the veins to be returned to the heart. Leeuwenhoek's work, together with that of another microscopist, Marcello Malpighi, showed that it passed through tiny tubes we now know as capillaries. In other studies, Leeuwenhoek examined the structure of the skin, hair, teeth, and the eye, observed minute creatures (now called protists) in pond water, identified the eggs and pupae of ants, and considered a host of other biological subjects.

In 1683 he scraped some tartar off of his own teeth, looked at it under a microscope, and found living organisms. He records his observation in this passage:

I saw with wonder that my material contained many tiny animals which moved about in a most amusing fashion; the largest of these showed the liveliest and most active motion, moving through the water or saliva as a fish of prey darts through the sea. They were found everywhere, although in no large numbers. A second kind sometimes spun around in a circle like a top. They were present in larger quantities. A third kind could not be distinguished so clearly; now they appeared oblong, now quite round. They looked like a swarm of gnats or flies dancing about together. I had the impression that I was looking at several thousand in a given part of the material from the teeth no larger than a grain of sand, when only one part of the material was added to nine parts of water or saliva.

This was almost certainly the first observation of bacteria.

Leeuwenhoek was by no means the only pioneer in the use of the microscope. Robert Hooke, Nehemiah Grew, Marcello Malpighi, and Jan Swammerdam were among the other famous early workers in this field.