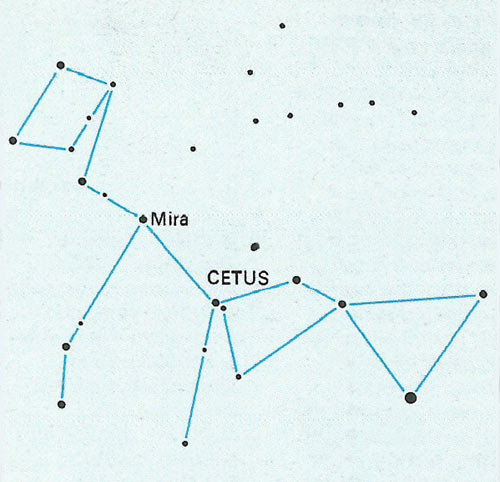 Fig 2. Mira Ceti lies in a barren area of the sky and thus is easy to locate when at its brightest. But it is visible to the naked eye for only a few weeks each year, although regularly in each period.

Fig 3. Mira is a long period variable visible to the naked eye. The average period is 331 days; the magnitude ranges from 1.7 to 4 at maximumand down to 10 at minimum 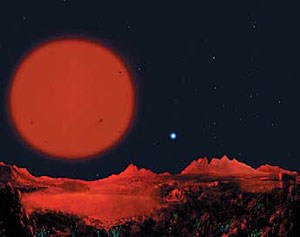 Fig 4. Mira and its companion star as seen from a hypothetical planet. Art by David Anguilar, Harvard-Smithsonian Center for Astrophysics. 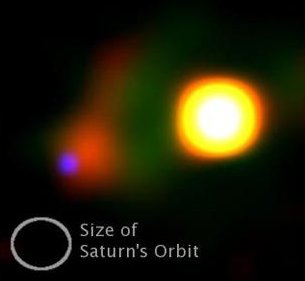 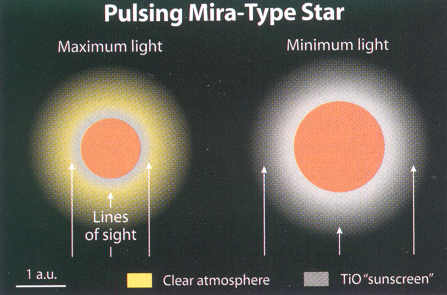 Fig 6. The variations in light from a Mira-type star are due to pulsations of the star's surface..

Fig 7. The light curve of R Leonis is typical of long-period variables of the Mira type. As with all Mira stars, both period and amplitude are subject to fluctuation. At its brightest, about magnitude 5, R Leonis is a naked-eye onject.

Mira (Omicron Ceti) is a binary star system in the constellation Cetus. It consists of a cool, pulsating giant, the famous star Mira A, and a low-mass companion, Mira B, which is accreting matter that has been shed by its larger partner.

Mira is the only known star with a comet-like tail. It is also enveloped by a puzzling spiral structure.

Mira A lies on the so-called asymptotic giant branch of the Hertzsprung-Russell diagram. It is pulsating variable whose brightness ranges from 2.0 to 10.1 and spectral type from M6e to M9e III over a period of 331.96 days as its surface rises and falls. Visible to the naked eye at its brightest, Mira can be seen only with optical aid for most of its cycle. It is the prototype and brightest long-period variable or Mira variable, and was give its name (meaning "wonderful") by David Fabricius, who was the first to record its brightness fluctuations in 1596. This very luminous and hugely distended star has a diameter of about 650 million km (over 400 million mi) so that it could comfortably swallow the orbit of Mars. Hubble Space Telescope observations have shown that, like some other stars of its type (including R Leonis and W Hydrae), it is conspicuously egg-shaped.

Mira's great size and instability result in a stellar wind that will eventually blow away the star's outer envelope, forming a planetary nebula and leaving behind a white dwarf.


Mira B and its captured disk of matter

Mira B, also known as VZ Ceti, is separated from Mira A by an average distance of about 100 astronomical units (AU) and the two stars complete an orbit around each other in roughly 500 years. Although astronomers used to think that Mira B was a white dwarf, recent evidence suggests that it is a main sequence star with about half the mass of the Sun. The erratic variability of Mira B are probably connected with its capture of matter from Mira's stellar wind, making Mira B what is known as a symbiotic star. Mira B accretes as much as one percent of the matter lost by its primary.

In Jan 2007, a group of astronomers using the the Keck Observatory in Hawaii and the Gemini South telescope in Chile reported the discovery of a protoplanetary disk around Mira B raising the unexpected possibility that planets may form from material shed by dying stars. Though planet formation is perhaps unlikely as long as the disk is in active accretion, it may proceed rapidly once Mira A passes through its giant phase and becomes a white dwarf. Furthermore, if planets do form they will have a plentiful source of the raw materials necessary for life, including carbon.

The disk around Mira B currently contains less than a Jupiter's worth of material. However, this is likely to increase to between three and five Jupiters' worth of matter before the accretion process ends – roughly the mass needed to form a planetary system like our own. In addition to the light from the ordinary star, any planets that form will be bathed in the pale glow of the white dwarf, which would appear about as bright as a crescent Moon.

Although this is the first disk known to have formed this way, it may not be unusual. Two thirds of bright star systems are binaries, and about a quarter of these should evolve into systems like Mira, with a red giant donating material to an ordinary star.

A Mira variable is a cool giant star of spectral type Ke, Me, Se, or Ce (with molecular bands) that pulsates with a period of 80 to 1,000 days and varies in brightness by 2.5 to 11 magnitudes (Fig 6). Mira stars, also known as long-period variables, are named for their prototype, Mira. Another well known example is R Leonis.

The brightness, large amplitude, and distinctive properties of Mira stars make them so easy to find that more of them are known than any other type of variable star. They occupy the high luminosity portion of the asymptotic giant branch in the Hertzsprung-Russell diagram, along with semi-regular variables.

Mira stars have masses similar to that of the Sun but, owing to their much greater size, have a feeble gravitational hold on the material in their outer layers which, as a consequence, escapes into space in the form of a strong stellar wind at a rate of about 10-7 to 10-6 solar mass per year. Material thus shed accumulates around the star as an extensive circumstellar shell. The rate of mass loss is such that the Mira stage can only last about a million years before the aging star evolves to become a white dwarf surrounded by a planetary nebula. The Sun itself is destined to become a Mira variable within the next few billion years.

R Leonis is a Mira variable that lies 390 light-years away in the constellation Leo. It is one of the brightest and easiest to observe variable stars in the sky. With a mean visual magnitude range of 5.8 to 10.0, it can be followed throughout its average 312-day cycle with a small telescope, and for much of that time with binoculars (Fig 7). Discovered by J. A. Koch of Danzig in 1782, R Leonis was the fifth variable star and fourth long-period variable to be found after Mira itself, Chi Cygni, and R Hydrae. It lies about 5° west of Regulus in the direction of Xi Leonis.

As a result of data collected by the Hubble Space Telescope, it is one of handful of Mira stars known to be somewhat egg-shaped, with an apparent diameter of 70 × 78 milliarcsec. This asymmetry is thought to involve the star's extended atmosphere, but its cause is not properly understood. It may be a result of non-radial pulsations (the star not pulsating equally in all directions) or it may be an optical illusion as a result of large dark spots on the star, perhaps caused by giant convection cells. Similar indications of an oblong shape have been found in the case of Mira itself, R Cassiopeia, and W Hydrae.