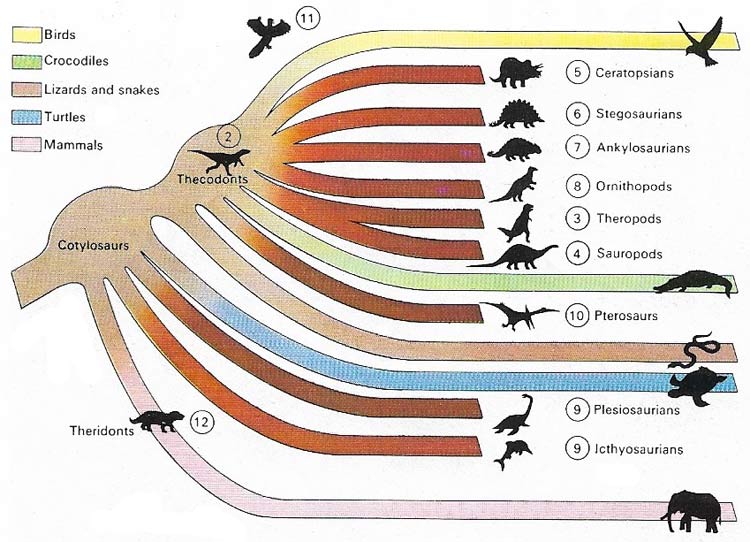 Fig 1. The diversification of reptiles from amphibian-like cotylosaurs took place in the upper Paleozoic and gave rise to the thecodonts and other groups. 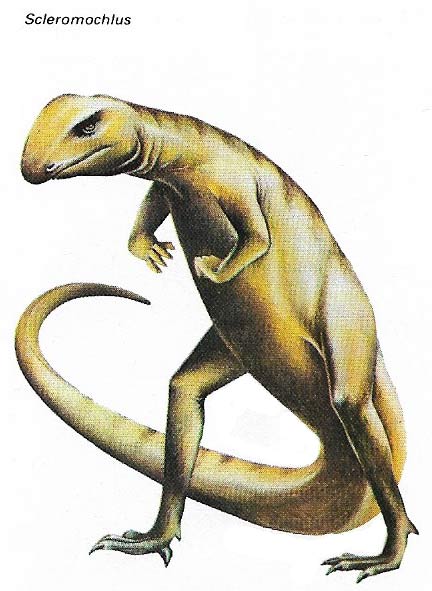 Fig 2. The thecodont, or "socket-toothed" reptiles, were fairly small lizard-like animals that gave rise to some of the strangest beasts that ever lived. They adopted a two-legged stance, leaving the forelimbs free for grasping. This is evident in many of their descendants and although most of the dinosaurs reverted to a four-footed stance their forelimbs remained short. The thecodont Scleromochlus had a length of 1 m (39 in). 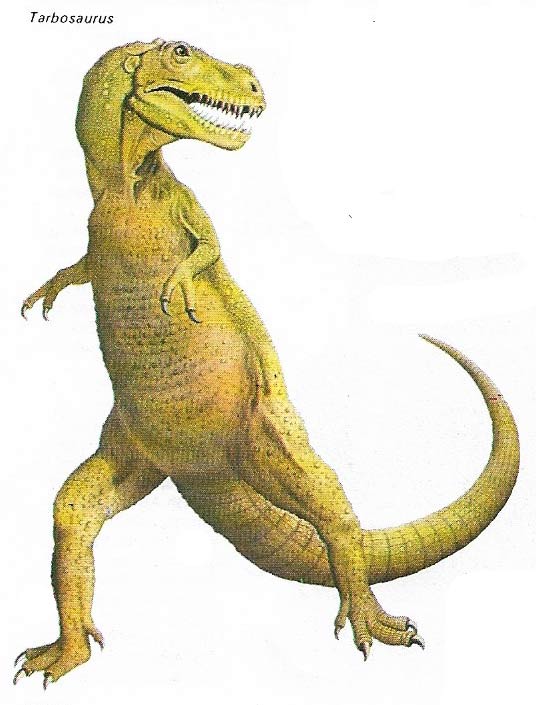 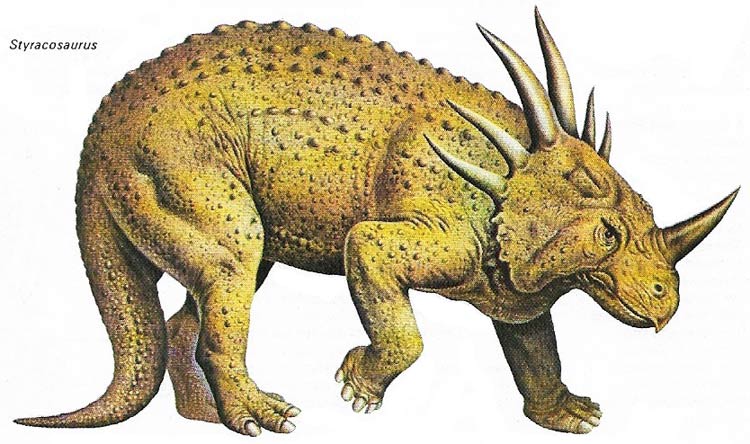 Fig 4. The bird-hipped dinosurs were herbivorous and most of them were equipped with armor of some sort that served as protection against the theropods. In the ceratopsians the armor took the form of head shield and horns, leaving the rest of the animal unarmored. The limbs helped in defense as well, the hind limbs carrying the weight of the body and the forelimbs turning it quickly to face an attacker. The ceratopsians differed from each other in the number of horns. Styracosurus lived in the Cretaceous.

Fig 5. The ankylosaurians were also a heavily armored group but they were squat animals and their armor was arranged as a compact mosaic over their backs. Some of weapon was usually present on the tail. The 6 m (20 ft) Scolosaurus lived in the upper Cretaceous. 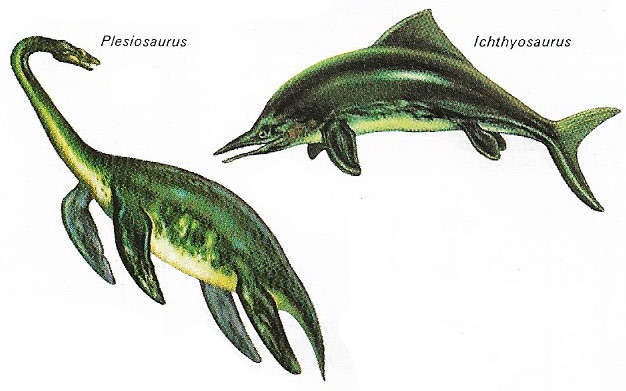 Fig 6. The sea-living reptiles, such as Plesiosaurus and Ichthyosaurus, evolved from the cotylosaurian stock quite early. 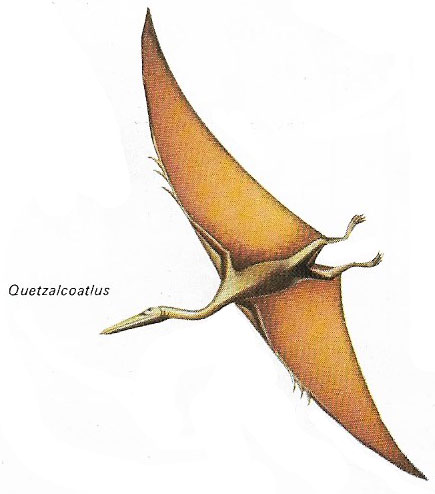 Fig 7. The pterosaur group was another offshoot of the thecodonts. These were flying reptiles that had wings of thin membrane stretched between the hind legs and body and extended fourth digit in the forelimb. This enormous form from the upper Cretaceous was named only in 1975. Its wing span waa 15 m (49 ft). 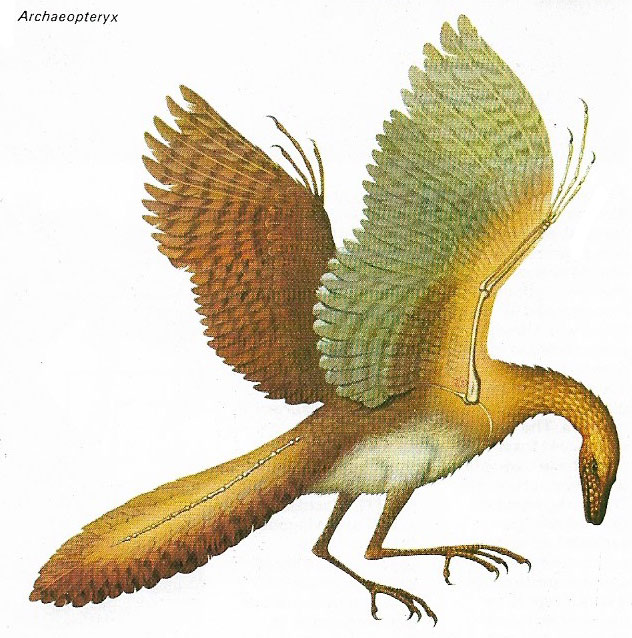 Fig 8. Archeopteryx was the earliest known recognizable bird and dates from the upper Jurassic. The presence of wings and feathers define it as a bird, but the skeleton is quite reptilian. The wings, instead of being the specialized flying limbs of modern birds, were really elongated thecodont forelimbs, complete with claws. The tail was a lizard's tail and the skull had teeth. The small breastbone shows it was a poor flyer. It was descended from the thecodonts, posibly via the bird-hipped dinosaurs.

Fig 9. The line of the theriodonts, mammal-like reptiles, formed an early and perhaps the most important offshoot from the primitive cotylosaurs. They resembled mammals in their teeth, limbs, and stance. Many types have been found ranging from reptiles with some mammal traits, such as Titanophoneus (top), to virtual mammals, for example Oligokyphus (bottom). 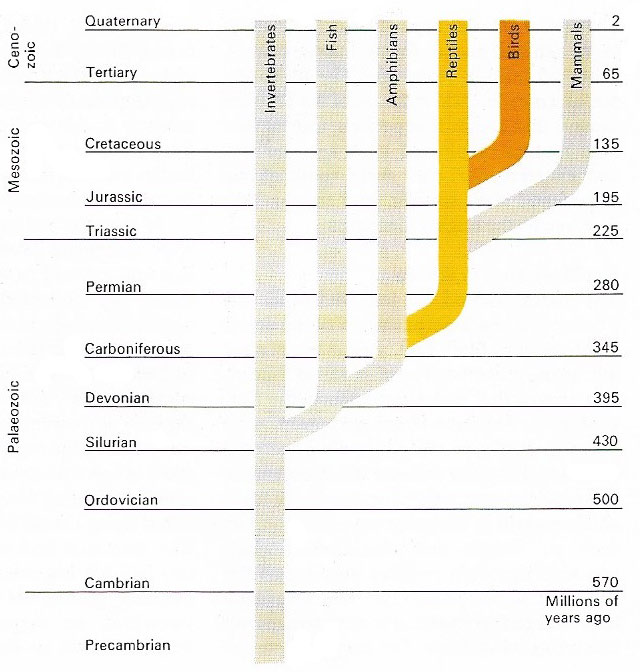 Fig 10. The first reptiles appeared during the Carboniferous period.

Once the lungfish and primitive amphibians had finally emerged from the water in the Devonian period (345–395 million years ago), animal life on land had begun. By the Carboniferous (280–345 million years ago) the first reptiles had appeared, turning their backs completely on their watery ancestry.

To do this, the aquatic amphibian larval stage – the tadpole – had to be dispensed with and the hard-shelled egg, protected from drying out by membranes, and hatching into a fully developed but tiny adult, was evolved.


Study of the fossil record

The skeletons of the earliest reptiles and amphibians were so alike that it is difficult to distinguish between them. The only accurate identification lies in the way the eggs were produced, which is almost impossible to tell from the fossil record.

The oldest fossil reptile known is Hylonomus, a lizard-like creature about 1 m (39 in) long, found preserved among the stumps of coal-forest trees of the upper Carboniferous. It was one of the cotylosaurs or "stem reptiles", a very simple group, from which all others developed. The cotylosaurs appeared in the Carboniferous, flourished in the Permian and vanished in the Triassic period.

The skeletons of these creatures differed from those of the amphibians in having more joints in the toes – a feature that was to give rise to the more specialized limbs of their successors – and a taller, narrower skull, hinting at a greater brain development. Reptiles also possess scales, which were lacking in their amphibian forebears. These scales are not analogous to those of the ancestral fish but were evolved afresh after the amphibians had lost them.

The cotylosaurs expanded rapidly into their newly conquered environment and gave rise to a large number of new and experimental forms. Many of these were short-lived, but one of the most successful groups was the thecodonts (Fig 2).

The thecodonts – the name means "socket-toothed" and refers to their dental arrangement – stood on their hind limbs and adopted a semi-upright mode of movement balanced by a long tail. This freed the forelimbs for other purposes such as grasping, although the animal could have resumed a four-footed stance when resting. The thecodonts were small creatures but they were to evolve into some of the biggest animals that ever lived – the dinosaurs.

The word dinosaur, meaning "terrible lizard", was coined by the pioneer paleontologist Richard Owen, in 1842, to describe a number of reptilian finds that were coming to light in England at that time. "Dinosaur" is no longer a precise term scientifically, but is used a convenient blanket category that includes the two orders Saurischia and Ornithischia.

The Saurischia – meaning "lizard hips" – are so named because the bones of the hip resemble those of a lizard (Fig 3). The group is subdivided according to the arrangement of the bones of the feet – theropods had feet like mammals and sauropods feet like lizards. The theropods were the two-legged, meat-eating dinosaurs and they appeared in a great variety of sizes. Podokesaurus was chicken-sized, whereas at the other end of the scale the Tyrannosaurus was 12 m (40 ft) long. The sauropods were the huge, long-necked vegetarian dinosaurs that flourished in the upper Jurassic and lower Cretaceous. Diplodocus was 25 m (82 ft) long, Brachiosaurus weighed more than 50 tonnes.


The herbivores and early birds

The Ornithischia – meaning "bird hips" – had hip bones arranged like those of a bird and were herbivores. They are classified into four groups. Ceratopsia (Fig 4), rhinoceros-like with an arrangement of armor on the head, lived in the upper Cretaceous. Triceratops was typical of this group, with three forward-pointing horns and a bony neck frill. Stegosauria were late Jurassic and early Cretaceous forms that had armor mounted vertically down the back.

Kentrurosaurus was similar to Stegosaurus but had an armor of spines rather than plates. The Ankylosauria, squat creatures from the upper Cretaceous, had a tight mosaic of armor plates upon their backs and Scolosaurus (Fig 5) had a bony club on the end of its tail. The last of the four Ornithischia groups, the Ornithopoda, differed from the other three in having q bipedal stance and a lack of armor. One of these – Anatosaurus – possessed features that suggest it may have been semi-aquatic.

Some experts believe that the dinosaurs and the other large fossil reptiles, including the flying pterosaurs (Fig 7), were warm-blooded and more like mammals in their behavior. If this had been the case, then the animals shown in the illustrations would look much more active, and some would possibly have had fur.

The first birds (Fig 8) may have evolved directly from the bird-hipped dinosaurs and – if the warm blood theory is correct – it seems likely that feathers were first developed from scales for insulation and that the power of flight came later.

Some offshoots of the cotylosaurs returned to the sea (Fig 6). But the most significant offshoot was that which first produced mammal-like reptiles with mammal-like teeth and limbs, and finally, in the Triassic, the first primitive mammals (Fig 9).

reptiles in the Mesozoic