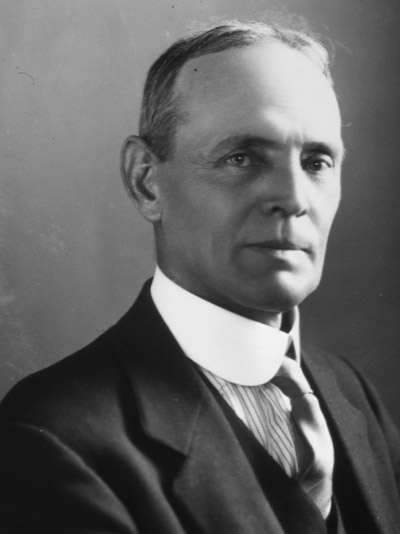 Robert Aitken was an American astronomer, born in Jackson, California, who worked at the Lick Observatory from 1895 to 1935, latterly (from 1931) as its director. Specializing in observations of double stars, he discovered 3,100 new pairs including, in 1923, the faint companion of Mira. He published an important catalogue of double stars (see Aitken Double Star Catalogue), and also measured positions of comets and planetary satellites and computed their orbits. He was editor of the Publications of the Astronomical Society of the Pacific for many years, wrote an influential book on binary stars, and lectured and wrote widely for the public.

Aitken's 1910 review of contemporary research on Mars influenced future attitudes toward the possibility of advanced life on that planet (see Mars, life). Having noted new canal sightings by Lowell and others, he commented that at Lick "we do not see canals", nor he added did Antoniadi, Barnard, Comas Solá, Hale, and Williams. Most significantly, he was the first to publicly endorse both the work of William Campbell (which showed there was little or no water vapor in the martian atmosphere) and Simon Newcomb (which concluded that the canals were an optical illusion). He wrote: "It is difficult to understand how so small amount of water can keep a geometrical canal system on Mars in active operation." Aitken's critique, coming in the same year that Schiaparelli died, helped finally discredit the canal hypothesis.

In 1911, Aitken argued that the habitability of Venus hinged on the rotation period of that planet:1

If it rotates on its axis once in about 24 hours, we have reason to believe that it is habitable, for the conditions we named as essential to life – air, water in its liquid form and a moderate temperature – are undoubtedly realized. But if its day equals its year, then it must be utterly desolate.

The Aitken Double Star Catalogue (ADS) is the name by which Robert Aitken's massive New General Catalogue of Double Stars within 120 degrees of the North Pole is generally known. Published in two volumes by the Carnegie Institution in 1932, it superceded Sherburne Burnham's 1906 catalogue, contained measurements of 17,180 double stars north of declination -30°, and allowed orbit determinations that greatly improved knowledge of stellar masses.