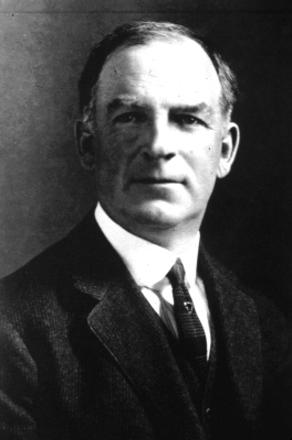 William Campbell was an American astronomer who, while director of Lick Observatory (1900–1930), headed a vast program to measure the radial velocities of stars. He studied civil engineering at the University of Michigan, then taught astronomy there from 1888 to 1891. In 1890 he worked as a summer volunteer at Lick Observatory where he learned spectroscopy under James Keeler and subsequently carried out important spectroscopic studies of Mars, hot stars, nebulae and Nova Aurigae. He discovered numerous spectroscopic binaries, determined the motion of the Solar System with respect to surrounding stars, led a number of eclipse expeditions (one of which, in 1921, confirmed the Einstein deflection of light by the Sun), and founded the Lick southern station in Chile.

Campbell's spectroscopic observations of Mars played a major role in undermining the hypothesis of martian canals and advanced martian life. Previous studies by Huggins (1867), Janssen (1867), Secchi (1870s), Vogel (1873), and Maunder (1892) had all come out in favor of water vapor in the martian atmosphere. However, working with "improved spectroscopic apparatus" at Lick, in the summer of 1894, Campbell found no trace of water vapor on Mars. Later that year he wrote a paper arguing that Mars might have a much thinner atmosphere than was generally supposed. In support of this view, he cited Robert Ball's 1892 discussion of Stoney's kinetic theory of planetary atmospheres, according to which Mars should have lost most of any atmosphere it once had. He also pointed to the brightness of the polar caps, a fact which was difficult to account for if the reflected sunlight had to pass twice through a relatively dense layer of gases. As to the belief that there were sizable bodies of water on Mars, Campbell noted that Zöllner's measurement of the martian albedo could easily be reconciled with the presence of dark and light regions of dry land. Although Campbell's claims about a thin, dry martian atmosphere were criticized at the time, they became crucial in the first decade of the 20th century when combined with the arguments presented by Newcomb, Maunder, and others that the canals were illusory.