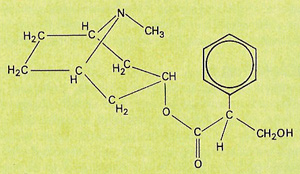 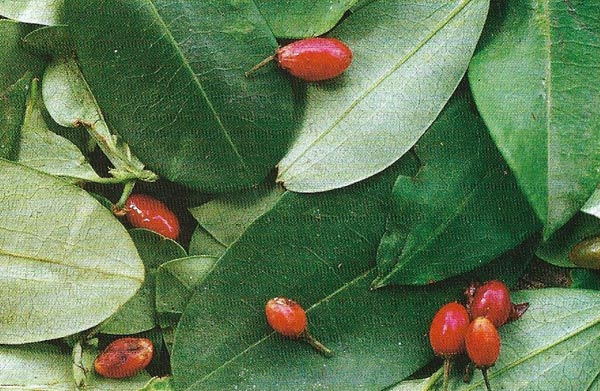 Fig 2. The leaves of the coca plant are used to make the drug cocaine. Once used as a local anesthetic, cocaine is now mainly used illicitly as a recreational drug. 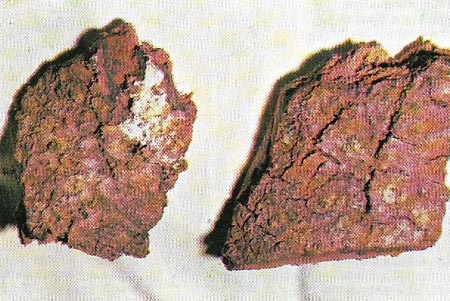 Fig 3. Quinine is a bitter substance derived from cinchona bark. Brought from Brazil by the Spaniards, it is a remedy for malaria that has now been superseded by synthetic compounds.

An alkaloid is any of a group of basic nitrogen-containing organic compounds (mostly heterocyclic) derived from plants and having diverse pharmacological properties. Alkaloids include morphine, cocaine, atropine, quinine, codeine, nicotine, and caffeine, some of which are used in medicine as analgesics, tranquilizers, anesthetics, and cardiac and respiratory stimulants.

Some alkaloids, such as strychnine, atropine, and coniine (from hemlock) are extremely poisonous. Colchicine inhibits cell division. Others such as morphine, nicotine, and cocaine, are highly addictive, and some, such as mescaline, are hallucinogenic drugs.

Although alkaloids may be found in any part of a plant, they are usually contained in the seeds, seed capsules, bark, or roots. One plant, the opium poppy, contains about 30 alkaloids. Alkaloids are extracted from plants and separated by chromatography; synthetic alkaloids are seldom economically competitive.

Atropine, C12H23NO3N, is an alkaloid found in every part of the deadly nightshade (Atropa belladonna) and in certain other plants (Fig 1). Atropine is poisonous but is used in small amounts to treat inflammation of the iris (iritis) and corneal ulcer. It is also used in young children to dilate (widen) the pupil of the eye for the purpose of examination.

Atropine is commonly given as a premedication before general anesthesia to reduce secretions from the lungs and is also used as an emergency treatment for bradycardia (abnormally slow heartbeat). Atropine is occasionally prescribed for its antispasmodic effects. It is sometimes combined with an antidiarrheal drug to relieve abdominal cramps accompanying diarrhea, and to treat motion sickness.

Caffeine, C8H10N4O2, also called trimethylxanthine, is a white, bitter alkaloid extracted from coffee, and also found in tea, cocoa, cola, and ilex (holly) plants. Caffeine stimulates the central nervous system and heart, and is a diuretic. It increases alertness, in excess causing insomnia, and is mildly addictive. It is often included with aspirin or codeine in analgesic preparations. Melting point 238°C.

Cocaine is a white crystalline alkaloid extracted from the leaves of the coca plant (Fig 3). It is used as a drug with stimulatory and hallucinogenic effects. It is psychologically habit-forming, but increasing doses are not needed, as the body does not develop tolerance to it. Habitual use results in physical and nervous deterioration, and subsequent withdrawal results in severe depression.

Procaine is a prototype local anesthetic agent related to cocaine; it used now mainly for surface anesthesia. Its derivative procainamide is used in suppression of heart arrhythmias. The hydrochloride of procaine is known as novocaine.

Codeine is a white crystalline alkaloid extracted from opium by the methylation of morphine, and with the properties of weak morphine. It is a mild narcotic used in medicine as an analgesic, and in the treatment of coughs, sleeplessness, neuralgia, and asthma. It reduces bowel activity, causing constipation, and is used to cure diarrhea.

Colchicine, C22H25NO6, is a poisonous alkaloid found in the corm of the autumn crocus or meadow saffron (Colchicum autumnale). It is used in genetic and cellular research, as it inhibits mitosis (cell division). This property makes colchicine valuable in cancer research and as an immunosuppressant drug. Melting point 156°C.

Mescaline is a hallucinogenic drug, derived from a Mexican cactus, whose use dates back to ancient times when 'peyote buttons' were used in religious ceremonies among American Indians. The hallucinations experienced during its use were among the first to be described (by Aldous Huxley) and resemble those of LSD.

Morphine is a white crystalline alkaloid and opium derivative used as a narcotic analgesic and also commonly in drug addiction. Morphine depresses respiration and the cough reflex, induces sleep, and may cause vomiting and constipation. It is valuable in heart failure and as a premedication for anesthetics; its properties are particularly valuable in terminal malignant disease. Addiction and withdrawal symptoms are common.

Nicotine is an alkaloid occurring in tobacco leaves and extracted from tobacco refuse. It is a colorless, oily liquid. Nicotine is used as an insecticide and to make niacin (nicotinic acid). It is one of the most toxic substances known; even the small doses ingested by smoking causes blood-vessel constriction, raised blood pressure, nausea, headache, and impaired digestion.

Quinine is a white crystalline alkaloid derived from (and first isolated from in 1820) the bark of the cinchona tree from South America, long used in treating a variety of ailments (Fig 3). It was preeminent in early treatment of malaria until the 1930s when atabrine, a synthetic alkaloid drug, was introduced; after this more suitable quinine derivatives such as chloroquine were synthesized. Quinine is also a mild analgesic and may prevent cramps and suppress heart rhythm (see arrhythmias) disorders. Now rarely used, its side effects include vomiting, deafness, vertigo, and vision disturbance.

Chloroquine is a synthetic, antimalarial drug derived from quinine, acting on the red-cell phase of the parasite. Chloroquine is probably the most widely used drug for the prevention and treatment of malaria, and is effective against all varieties of malarial parasite. It is also sometimes used with hepatitis, rheumatoid arthritis, and some skin conditions. It can have marked side-effects, such as blurred vision.