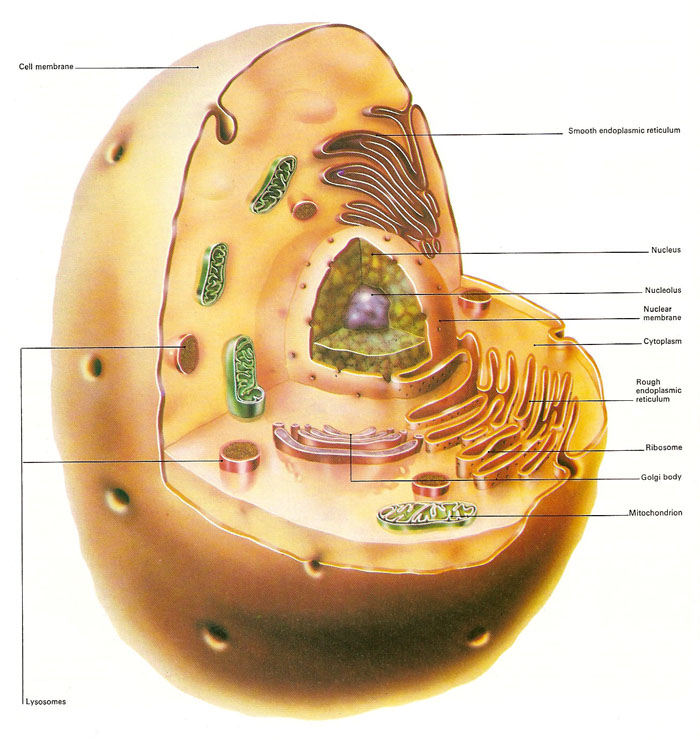 Like all eukaryotic cells, the cells of animals contain a variety of membrane-bounded organelles. These include:

Animal cells are distinct from other eukaryotes, most notably plant cells, however, in that they lack cell walls and chloroplasts, and they have smaller vacuoles.

Animal cells are all built to the same basic pattern. The nucleus is a membrane-bounded sac containing the genetic material of the cell. The genetic information is coded for in DNA (deoxyribonucleic acid). The nuclear membrane is perforated by pores that are important in controlling the exchange of substances between the nucleus and cytoplasm.