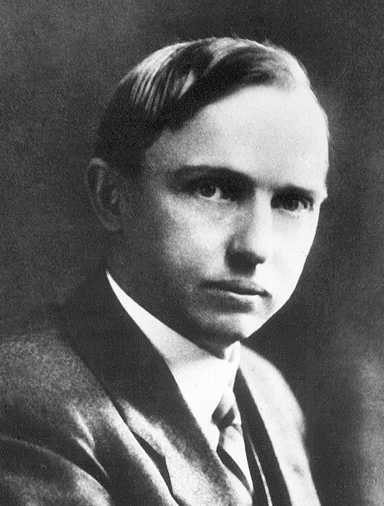 Harlow Shapley was an American astronomer who calibrated Henrietta Leavitt's period-luminosity relation for Cepheid variables and used it to determine the distances to globular clusters. He boldly and correctly argued that the globulars outline the Milky Way Galaxy in which we live, that the Galaxy was far larger than had been generally believed, and that it was centered thousands of light-years away in the direction of Sagittarius. He was wrong, however, when it came to the nature and distance to the so-called "spiral nebulae," which we now know to be remote external galaxies. On this issue, in 1920, he held what was later dubbed astronomy's Great Debate with Heber Curtis on the scale of the universe.

Shapley graduated from the University of Missouri in his home state, then wrote an important doctoral dissertation on eclipsing binary stars under Henry Russell at Princeton. From 1914 to 1921 he was at Mount Wilson Observatory, and from 1921 to 1952, he was director of the Harvard College Observatory, where he did his seminal work on Cepheids, studied the Magellanic Clouds, and catalogued galaxies. Together with Adelaide Ames, he published the Shapley-Ames Catalogue of bright galaxies in 1932. He wrote many books, was an important popularizer of science, built an outstanding graduate school, and played a major role in national and international affairs.

Shapley's demonstration that the Sun lay closer to the periphery of the Galaxy than its center marked another step in the movement away from anthropocentrism in a cosmological context. During his time at the Harvard Observatory, he switched from a pessimistic view about the likelihood of exoplanets and life, influenced by the Jeans-Jeffreys tidal hypothesis, to one of great optimism. His widely-read Of Men and Stars1 (1958) urges that "millions of planetary systems exist, and billions is the better word" and that "whenever the physics, chemistry and climates are right on a planet's surface, life will emerge, persist and evolve." Shapley also speculated on the possibility that life might exist on the surface of objects, now known as brown dwarfs, that are intermediate between planets and stars.

Astronomical objects named after Harlow Shapley include the Shapley Concentration of galaxies, the planetary nebula Shapley 1, and a crater on the Moon.