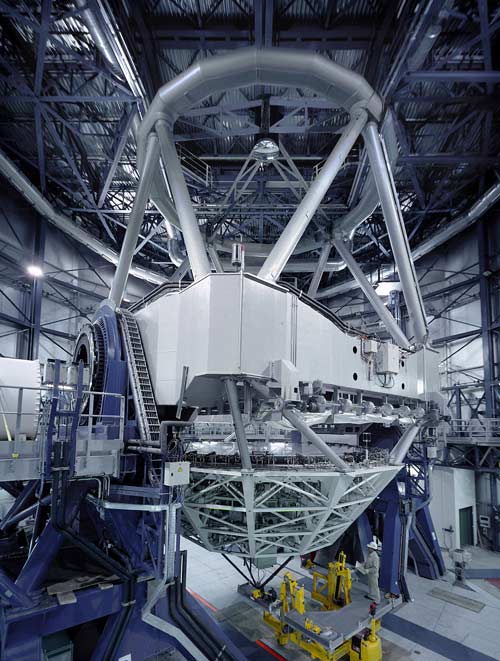 Fig 1. One of the Unit Telescopes of ESO's Very Large Telescope array.

Radio telescopes harvest radio energy typically by using a metallic dish antenna. Telescopes have also been built that can gather X-rays, gamma rays, and other forms of energy.


History of the telescope

Uncertainty surrounds who actually invented the telescope. The Italian, Giambattista Della Porta mentioned in his book, published in 1589, an instrument that uses an arrangement of lenses to make distant objects larger and clearer. The Englishman, Leonard Digges staked an even earlier claim in his Pantometria, published posthumously in 1871 by his son. But no records exist of anyone's having seen these instruments. The first telescope to be built may have been that of the Dutch lensmaker Hans Lippershey in 1608. The story is told that one day two children were in his shop playing with some lenses. He noticed that when they held two particular lenses in a certain position the weather vane on a nearby church appeared much larger. He mounted the lenses in a solid tube and sold the invention to the Dutch government. The idea spread so rapidly across Europe that by the end of 1609 telescopes like Lippershey's were made in London.

Galileo Galilei heard of the Dutch invention and made a telescope himself by mounting a convex and a concave lens in a lead tube so that their principal foci coincided with the concave lens. This lens arrangement still bears his name in the Galilean telescope and gives an enlarged upright image.

Galileo made several telescopes, each more powerful than the one before. With one telescope (which had a magnification of 20) he was able to see the mountains of the Moon. In 1610 he painstakingly ground some lenses for yet another telescope, this time of magnification 30. Through it he could see four previously unknown satellites of Jupiter, and the Milky Way showed up as many thousands of stars.

Galileo's interest lay chiefly in the optical properties of his telescopes. He paid very little attention to the mountings. Christoph Scheiner designed an instrument called a helioscope (a telescope for projecting the Sun's image) which used improved mountings. He mounted the telescope frame at the top of a polar axis. At the bottom was a circular dial on which were marked 24 one-hour divisions. The telescope was set by pointing it at the Sun. Then by rotating the polar axis, the telescope would automatically follow the Sun's path. This was in fact the first telescope with an equatorial mounting.

The Galilean telescope suffered badly from two lens defects, chromatic aberration and spherical aberration. Chromatic aberration, caused by the glass lenses splitting the light into its component colors, gave rise to images with colored blurs around the edges. Also, the outer parts of the lenses bent the light more sharply than did the central zone. This spherical aberration further blurred the image unless only the center of the lens was used, but this gave only a very narrow field of view and reduced the amount of light entering the telescope.

It was then discovered that by making the telescope lenses with very long focal lengths compared with the size of the aperture, these defects were greatly reduced and as a consequence telescopes grew to almost unmanageable lengths. Hevelius at Danzig in the mod-17th century made a 150-ft telescope. The lenses were mounted within a wooden framework and whole thing was awkward to manipulate, needing a horde of assistants to raise and lower it. The slightest breeze made it quiver and shake, In 1679 a fire destroyed the elaborate observatory he was building to house his giant telescopes.

Then Christiaan Huygens, a Dutch physicist, set about making giant telescopes manageable by one person. He did away with all the wooden tubing and mounted the objective lens on a grooved pole. By pulling a cord he could raise or lower the lens. The eyepiece he set up some distance away. Instead of using one lens for an eyepiece he found that a combination of two gave a clearer image. Although he did not know it, he had invented an achromatic pair, a lens combination that eliminates chromatic aberration.


Dawn of the reflector

Telescopes continued to grow longer and longer. Obviously some equally powerful telescope was needed. In 1663, James Gregory suggested doing this by using a system of mirrors rather than lenses, but although his idea was good he was unable to produce a satisfactory set of mirrors (see Gregorian telescope). It was left to Isaac Newton in 1668 to make the first satisfactory reflecting telescope (see Newtonian telescope). Mirrors have an advantage over lenses in that chromatic aberration is completely avoided as there is no splitting of the light on reflection. But the early mirrors were far from good. Made from bell copper, an alloy of tin and copper, they needed constant polishing. It was not until two centuries later that Foucault made the first silver-on-glass mirrors.

Working on similar lines to the Gregorian telescope, the Frenchman, Cassegrain brought out an improved design (see Cassegrain telescope). His telescope was even shorter than a Gregorian of the same strength and the mirror combination gave less spherical aberration.

The Gregorian, Cassegrain, and Newtonian designs were good, but for many years, however painstakingly made, the quality of the mirrors was poor.


Revival of the refractor

For a long while the reflecting telescope stayed popular while the refractors such as the Galilean lay half forgotten. Their revival began in 1729 when Chester Moor Hall produced an achromatic compound lens by sticking together a concave lens of flint glass and a convex lens of crown glass. A great deal of time, energy, and money was then concentrated on producing large pieces of flawless glass suitable for lens making. By the middle of the 19th century most of the telescopes of the day were refractors. Many of them were fitted with clockwork mechanisms so that they could automatically follow the path of their object across the sky.


Return of the mirror

All large telescopes today are reflectors. The swing back to this type began when Foucault in 1856 made astronomical mirrors by depositing a thin layer of silver on a glass surface. First the surface was so thoroughly cleaned that when it was dipped in water the whole surface was evenly wetted and the water did not gather in beads. The clean surface was dipped in a silvering solution which was a solution of silver nitrate specially prepared so that it could be easily reduced to silver. The glass, coated with a thin layer of this solution was then dipped in sugar solution to reduce the silver nitrate to silver. Enormous mirrors of this type began to be made.

Henry Draper introduced the silver-on-glass mirror to the United States and in 1840, using a mirror system, succeeded in taking a photograph of the Moon. Photographic attachments to telescopes rapidly became more commonplace.

In 1934 a piece of glass was given the first successful aluminum coating. Unlike silver, which quickly tarnishes, aluminum maintains a highly reflective surface for years. This was another step in favor of reflecting telescopes.

Modern innovations include such techniques as adaptive optics and segmented mirrors.

A telescope mounting is the structure that holds a telescope and enables it to be pointed at any part of the sky. Since movement in two dimensions is involved, there must be two axes that are perpendicular to each other. The two main types of mounting, the equatorial mounting and the altazimuth mounting, differ principally in the axes they use.

A catadioptric telescope is a telescope that uses a combination of mirrors and lenses to bring light to a focus. The best known types are the Schmidt camera, the Schmidt-Cassegrain telescope, and the Maksutov telescope.

A Dobsonian telescope is a Newtonian telescope with a low, altazimuth mounting, typically using Teflon pads as bearings on a flat board, in which the telescope is supported by V-shaped cuts in the side of a wooden box. Named for the Californian "father of sidewalk astronomy" John Dobson (1915–2014), who advocated simplicity in equipment, the basic Dobsonian was designed so that amateur astronomers could easily create their own large-aperture reflecting telescope mounts in home workshops.

A Galilean telescope is a refracting telescope of the type used famously by Galileo, with a convex objective lens and a concave lens as an eyepiece, separated by the difference of their focal lengths. Galilean telescopes are shorter than equivalent Keplerian telescopes and give bright, upright images, but they suffer from a limited field of view, spherical and chromatic aberration, and, except at low magnification (about 30× or less), poor eye relief.

A Gregorian telescope is an early type of reflecting telescope, designed by the Scottish mathematician and astronomer James Gregory (1638–1675), that uses two curved mirrors: a concave paraboloidal primary and a concave ellipsoidal secondary. The primary collects and brings light to a focus, while the secondary, positioned a little way beyond the primary's focal plane, reflects the beam, diverging from the focus, back through a hole in the center of the primary and out the bottom end of the instrument. Although the Gregorian is free from chromatic and spherical aberration, it requires a long telescope tube. It was rendered obsolete by the Cassegrain telescope.

A Newtonian telescope is one of the simplest kinds of reflecting telescope, popular with amateurs because of its effectiveness and relatively low cost. It uses a parabolic primary mirror to focus an image onto a flat diagonal, which, in turn, reflects the image to a side-mounted eyepiece near the top of the tube. The Newtonian overcame the problem of chromatic aberration that blighted early refractors but can itself be affected by coma at focal ratios of less than f/3.

A Newtonian-Cassegrain telescope is a Cassegrain telescope fitted with a flat diagonal mirror to intercept the converging beam from the secondary and reflect it to the side of the tube. Unlike a standard Cassegrain, the primary mirror does not need a central hole, and the focal position can be arranged to coincide with the declination axis of the mounting to give a stationary observing position.

A richest field telescope (RFT) is a telescope with a fairly large aperture and low power that gives a wide field of view, up to several degrees. RFTs are especially useful when searching for unusual events such as comets, novae, and meteor showers. A good pair of binoculars offers a similar capability.

The Schmidt-Cassegrain telescope is a variation of the Schmidt camera to enable visual observation. It uses a convex spheroidal secondary mirror to reflect the converging beam from the primary back through a central hole in the primary, allowing an eyepiece to be mounted at the back end of the tube.

While a Schmidt-Cassegrain is compact and gives excellent results when not pushed near its design limits, the relatively large secondary obstruction reduces image contrast. This, and other design compromises, mean that this telescope cannot match the optical performance of Maksutov telescopes or Newtonian reflectors of equal manufacturing quality.

A solar telescope is a telescope designed specifically for observing the Sun. Major ones, including the McMath-Pierce Solar Telescope and the Big Bear Solar Observatory are of the solar tower variety, in which the optics are mounted at the top of a tall tower so as to be above the image-distorting layer of Sun-heated air near the ground.