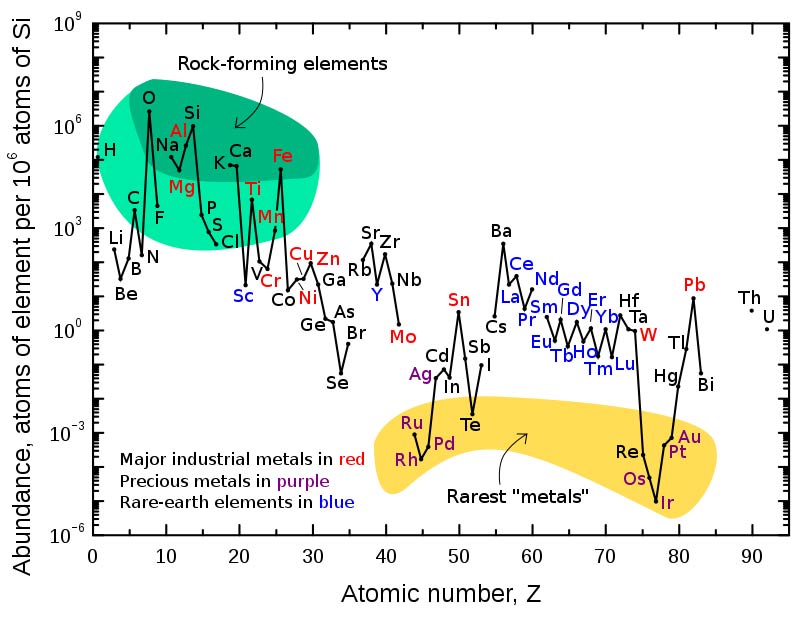 Abundance (atom fraction) of the chemical elements in Earth's upper continental crust as a function of atomic number.

The proportion of elements within the Earth changes dramatically with depth, heavier elements, notably iron and nickel, having sunk to the center of the planet during its early stages of formation. The table below ranks the elements according to their preponderance in the lithosphere, which includes the crust and the upper part of the mantle.