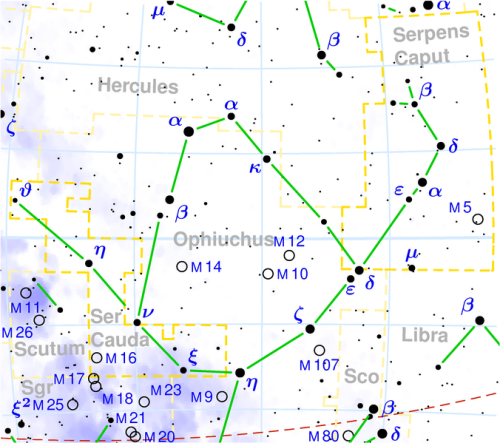 Serpens (abbreviation Ser), the Serpent, wrapped around Ophiuchus, the Serpent Bearer, is a faint constellation of the northern hemisphere. It is unique in being the only constellation split into two parts, neither of which touches the other. Entwined around and separated by Ophiuchus, Serpens Caput (the Serpent's Head) is the western portion and Serpens Cauda (the Tail) the eastern portion. The Greek letter names of the constellation's main stars are distributed between the two portions: Alpha through Epsilon in Serpens Caput, Zeta and onward in Serpens Cauda.