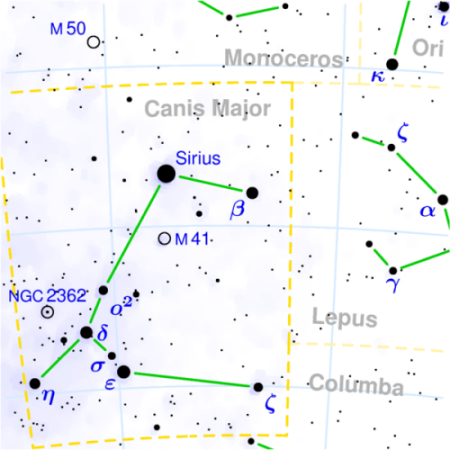 Canis Major (abbreviation: CMa), the Great Dog, is the larger of Orion's two hunting dogs. A prominent southern constellation, it lies to the east and a bit south of Orion and is easily found by way of Sirius, its brightest star and the brightest star in the sky.

NGC 2207 and IC 2163 are a pair of spiral galaxies In Canis Major in the process of colliding and merging with each other. They lie at a distance of about 80 million light-years from the Milky Way. Both galaxies were discovered by John Herschel in 1835.